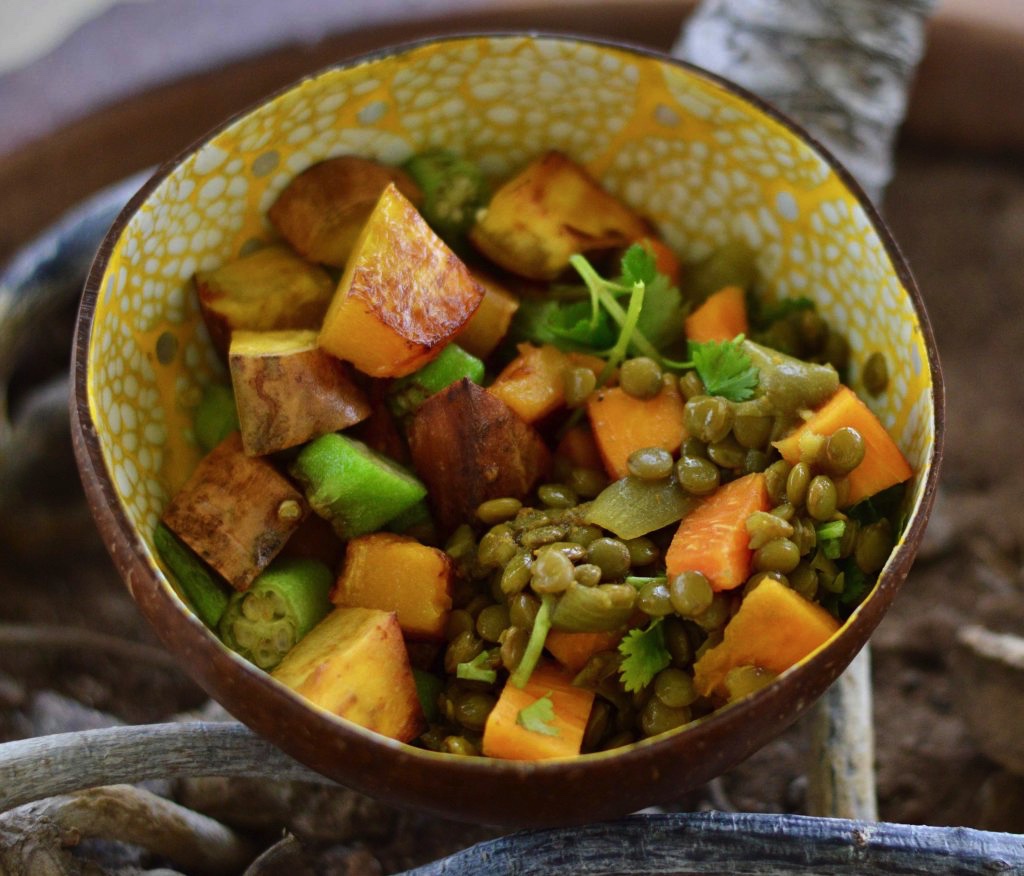 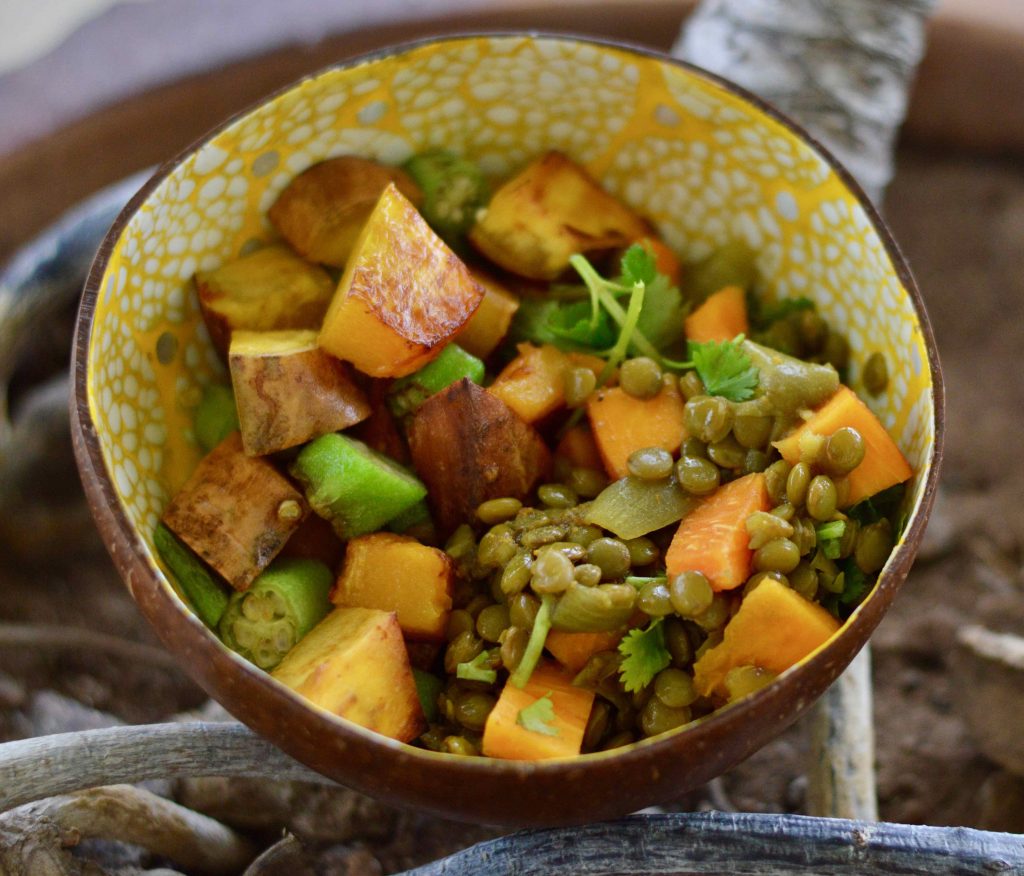 My motivation for this curried lentils dish and for Zabricot chutney was as usual, a large number of these underused, largely reclusive fruit found their way into my life. 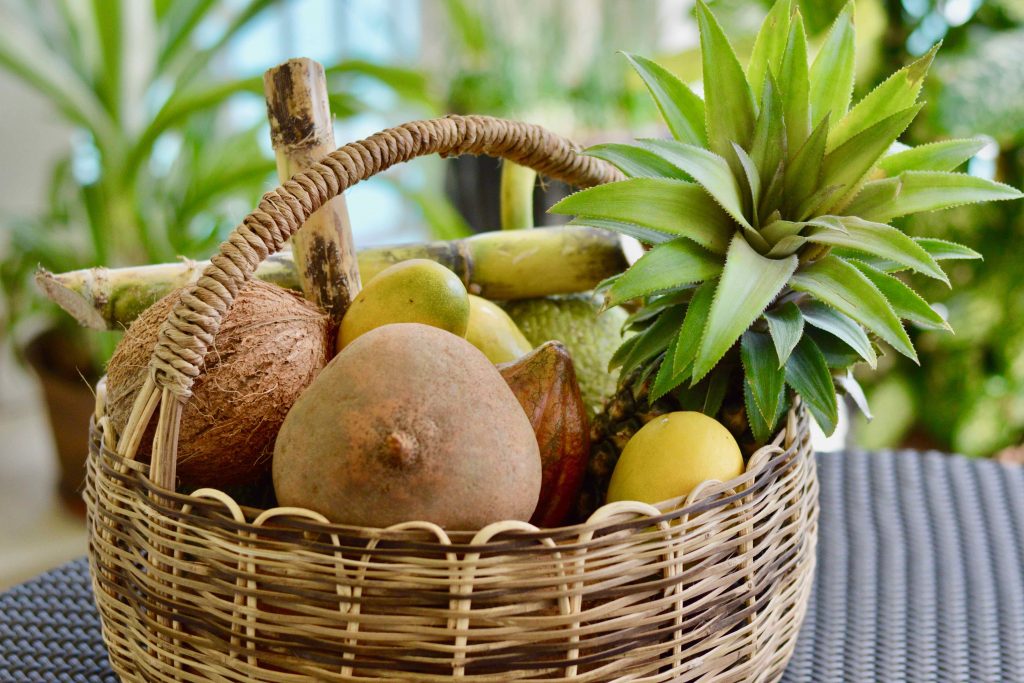 It is zabricot season. The cinnamon coloured, large, rounded fruit in the photo above with a belly button is the zabricot. It grows on a huge tree and each fruit yields about 600g (21 oz) of flesh. You can see from the photo below that it has a vibrant, apricot-y colour but no similarity in taste. Its taste is sweet and mellow. The name “Zabricot” which is a kweyol word, comes from the French “Les Abricots.” To peel, simply cut shallow lines dissecting the fruit in quarters and peel away. There will be 3 or 4 large wooden seeds inside. 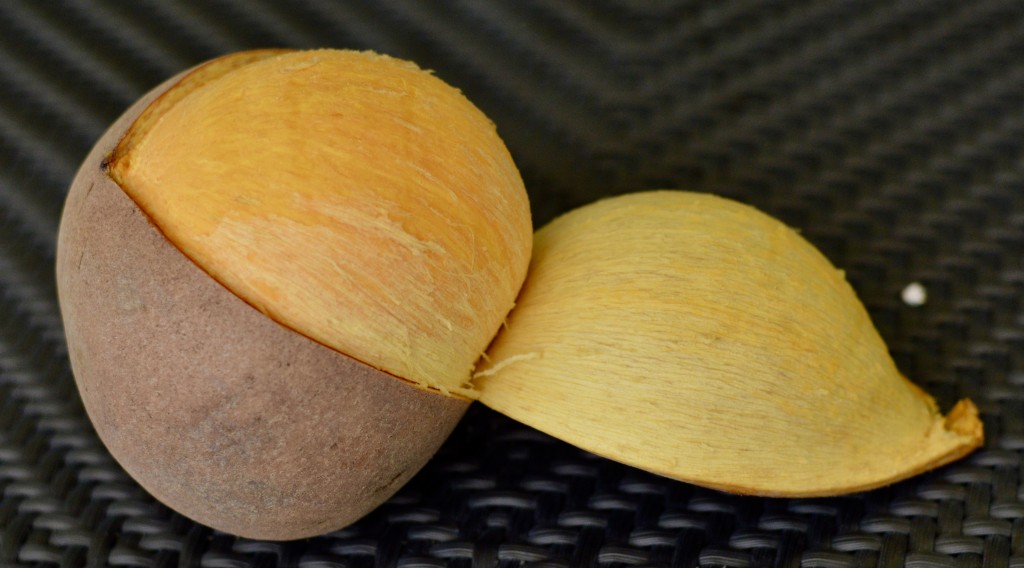 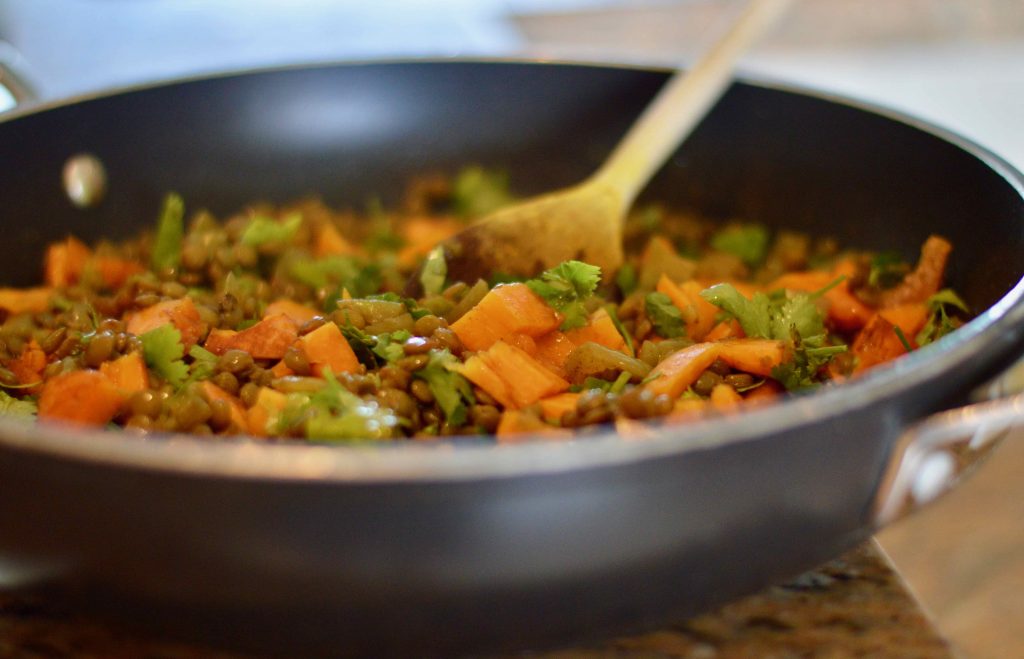 Soften the onion and garlic in the warmed olive oil, then add the curry powder and heat while stirring for a minute or two. Add the lentils and after giving them a good coating of the existing concoction, pour on enough water to cover and reduce heat to cause a gently simmer. I loosely place the lid on with a gap and allow the lentils to cook until soft. Be vigilant that the water doesn’t completely dry out as the lentils absorb it as they cook. Add the remaining ingredients and set aside. 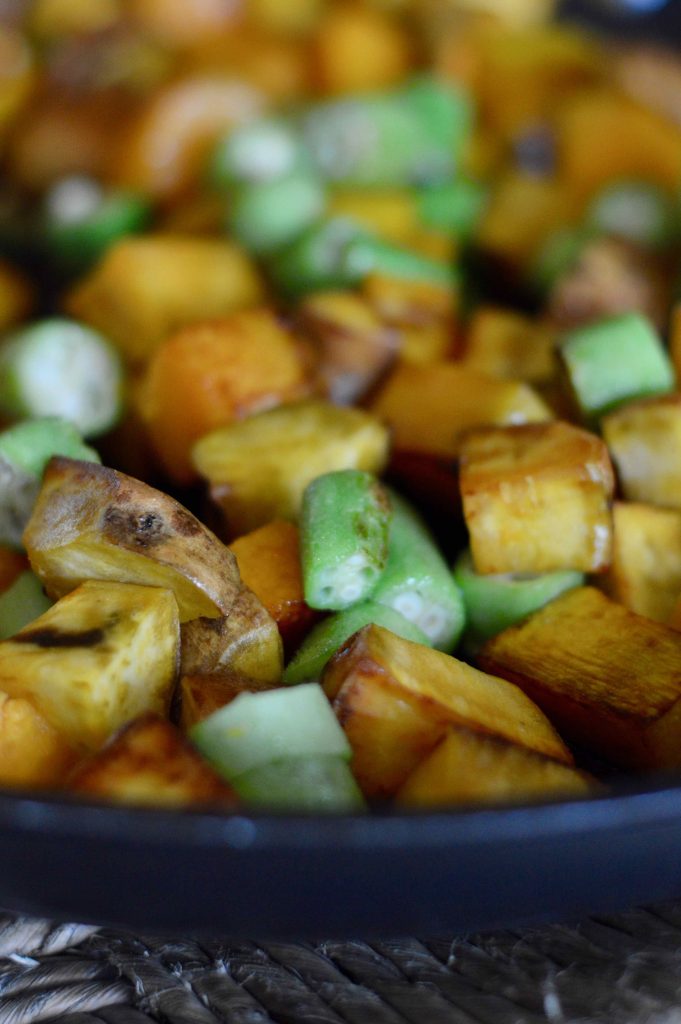 Heat the oil and soften the onion first, followed by the garlic and peppers. Allow the sweet potatoes a bit longer than the rest, but go ahead and add all the veg and without disturbing too much, allow them to cook until soft and brown at the edges. 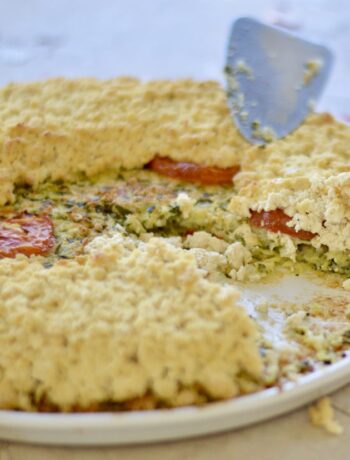 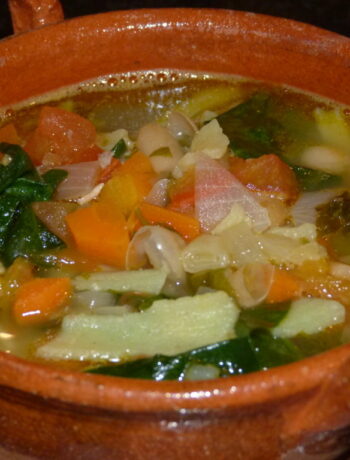 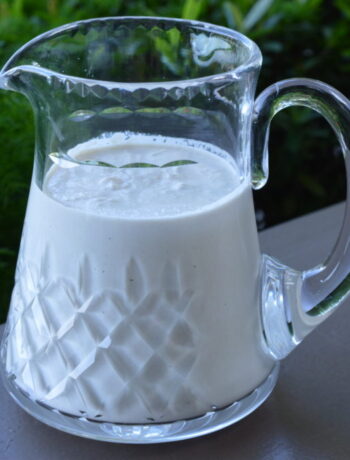