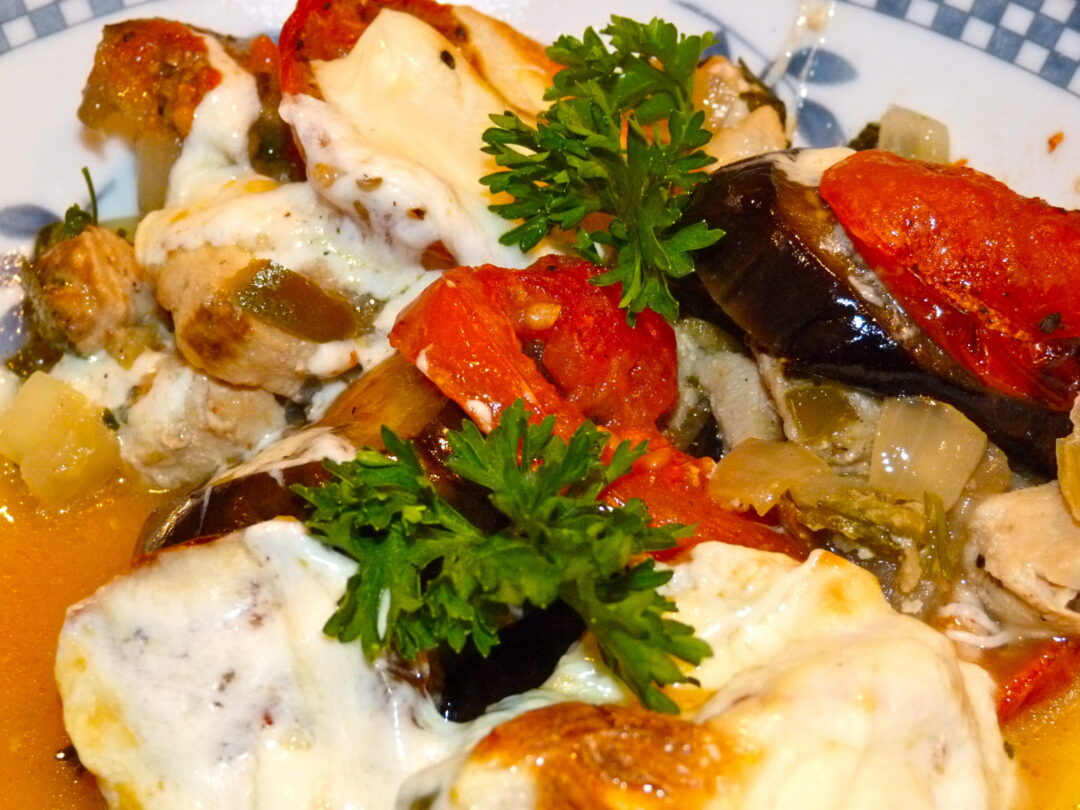 I’ve mentioned my friends Pete and Pattie who have an organic farm (Plant Grow Eat) in St. Lucia, growing among other things, the most delicious aubergines (eggplant). Once or twice per week Mark picks up my order from their stall as its on his way to work. However, he thinks more of everything is better, so this week I’ve had rather a lot of aubergines which was the inspiration for this dish. Also peppers which I roasted. They went in my recent batch of hummus. Kirsty arrived home for Easter holidays yesterday, so it has a celebratory  feel to it.

I’ve got to say that sometimes a recipe is good and other times it is lip smacking delicious! This is the latter. 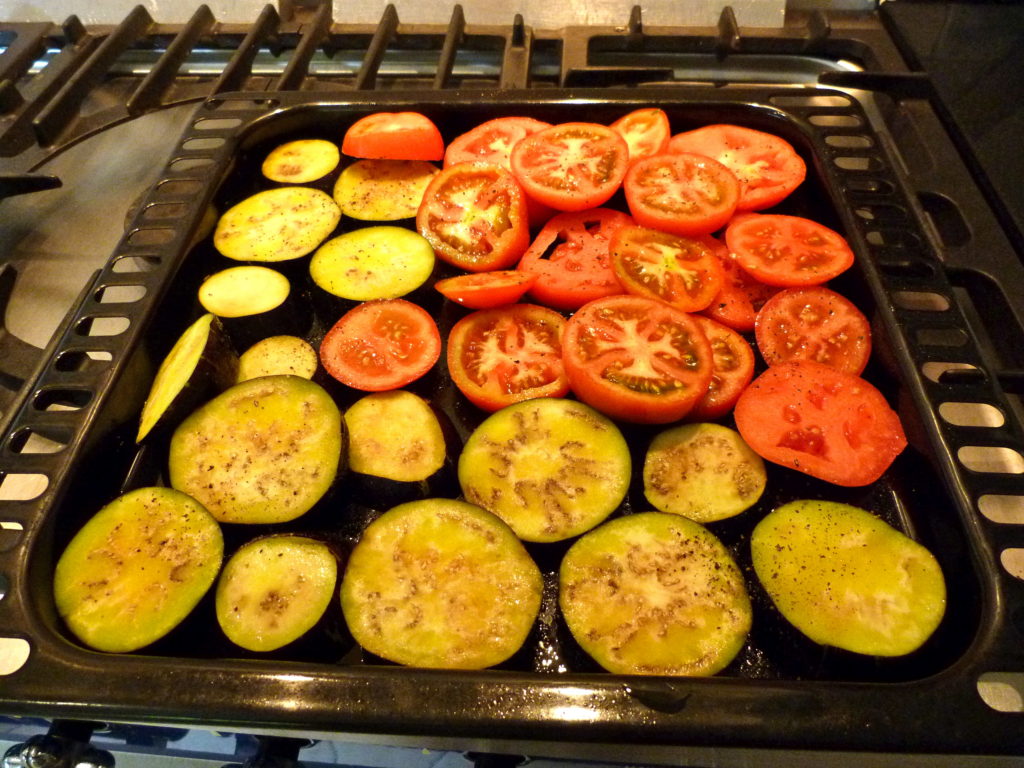 Begin by slicing the aubergines and tomatoes approx 1 cm think and laying them out in a large roasting tray which you’ve poured 3 tbsp of olive oil into. Turn each slice to coat and season with salt and pepper. Roast until the tomatoes have a bit of crispiness about the edges and the aubergines are soft through. 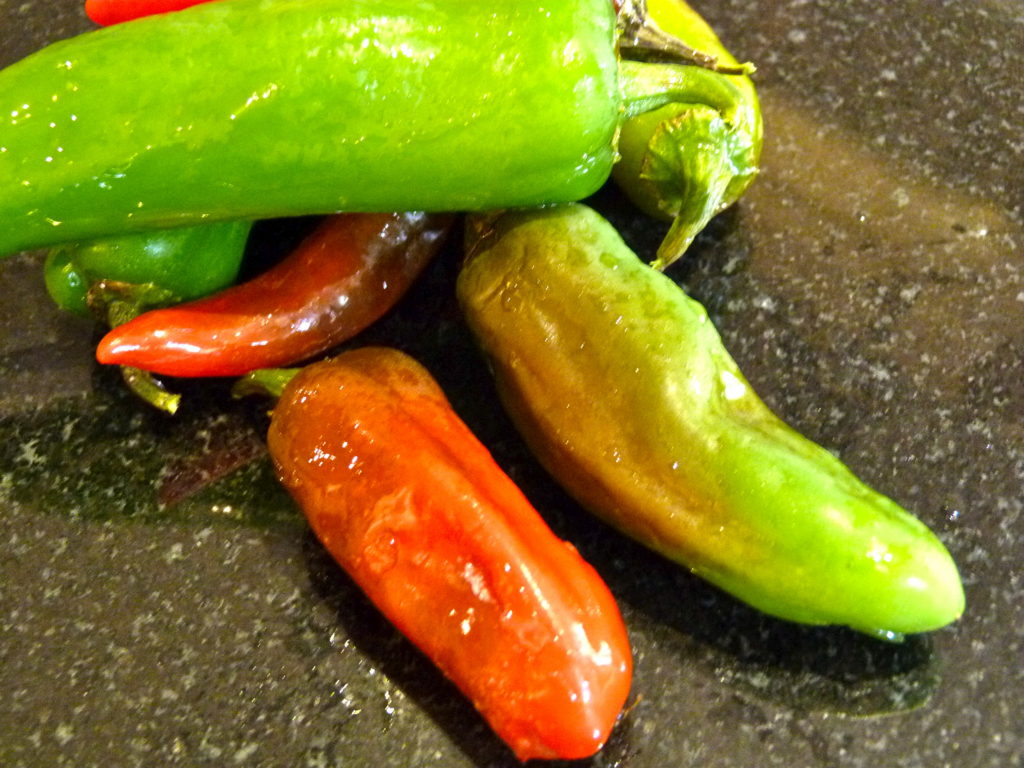 These little peppers are from my garden. I have no idea what variety they are as Rosie (my housekeeper) when she plants, simply throws out all packaging and leaves it up to the almighty. They are delicate and sweet in flavour though which is necessary for the purposes of this recipe. 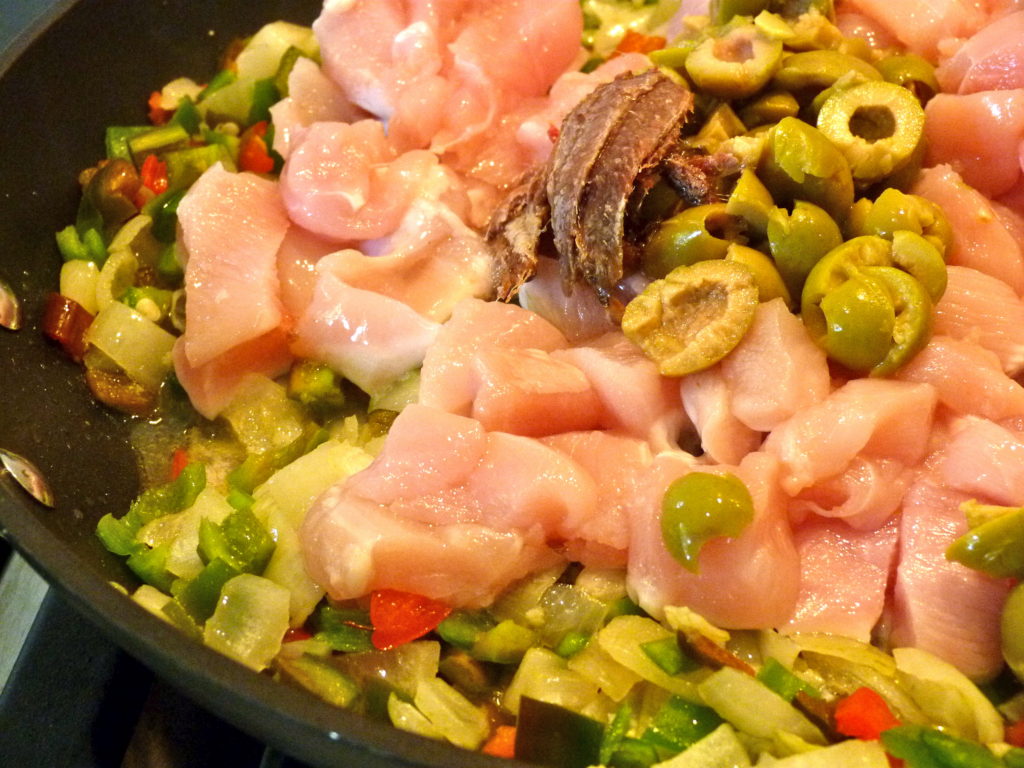 Chop everything else up. Heat the remaining olive oil and soften the onions, garlic and peppers before going on to add the remaining ingredients as per the photo above. Mix everything well and season with salt and pepper. Cover and let simmer for about 10 minutes until the chicken is cooked through. By this time the aubergines and tomatoes should also be ready. 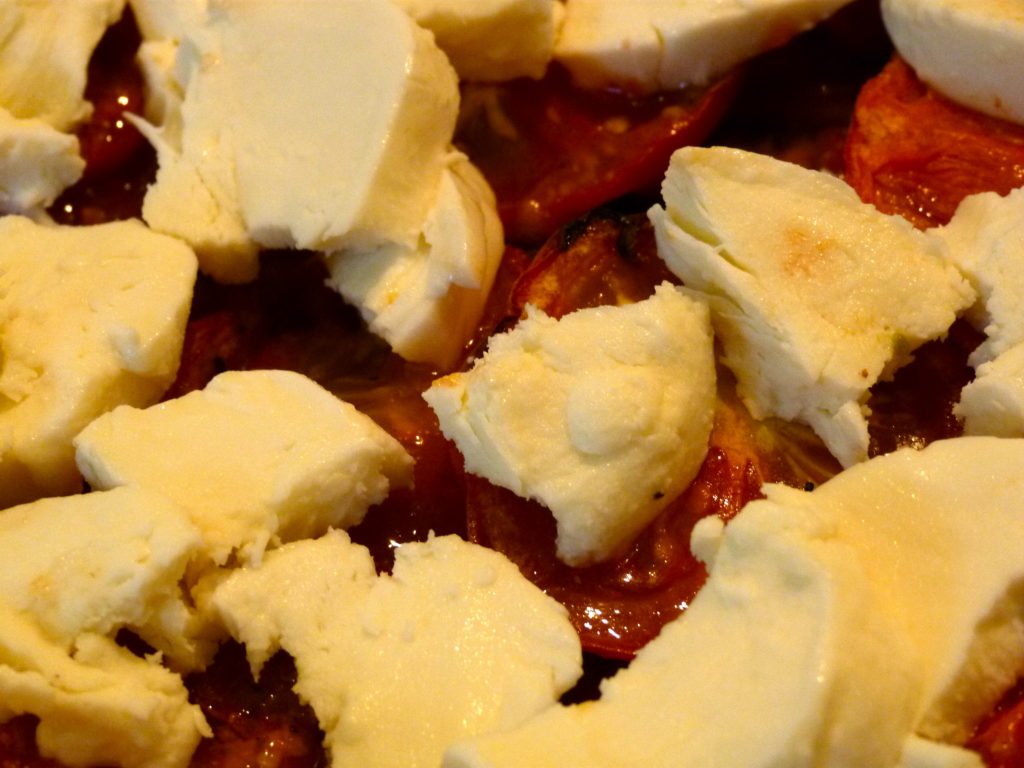 Layer the ingredients in a casserole dish starting with the chicken mixture, which should have a lovely little sauce happening now, which definitely needs to come along. Follow with the aubergine slices and then the tomatoes. Break up the mozzarella into pieces which you evenly distribute over the top.

Place in the hot oven, but lower the heat to 180°C (350°F) and let bubble away for 15 minutes or so until you think all the layers have made friends and the cheese is bubbly and only just starting to go brown about the edges. 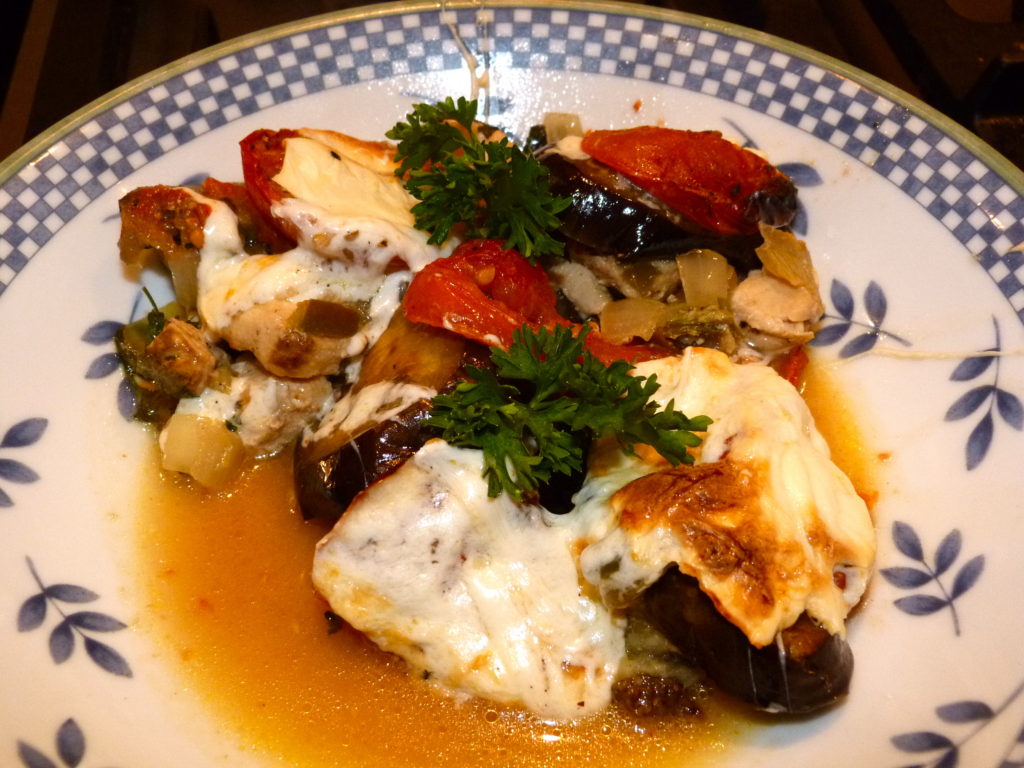 This is complex and satisfying enough to be served on its own, but if you want to prepare a side, I would suggest something that doesn’t have a sauce to conflict, like plain green beans maybe? 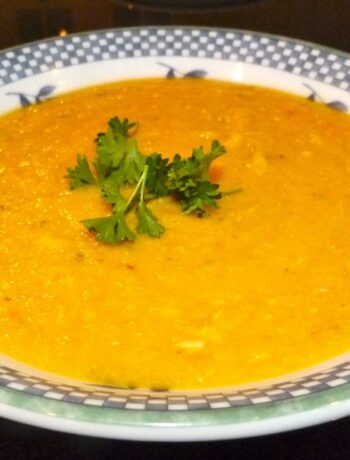 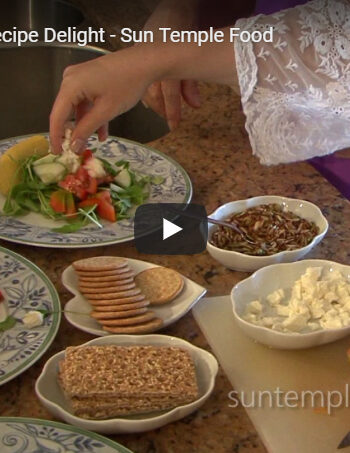 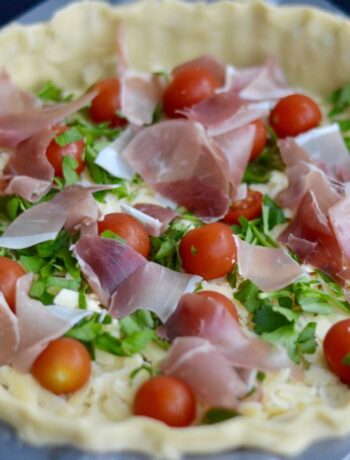