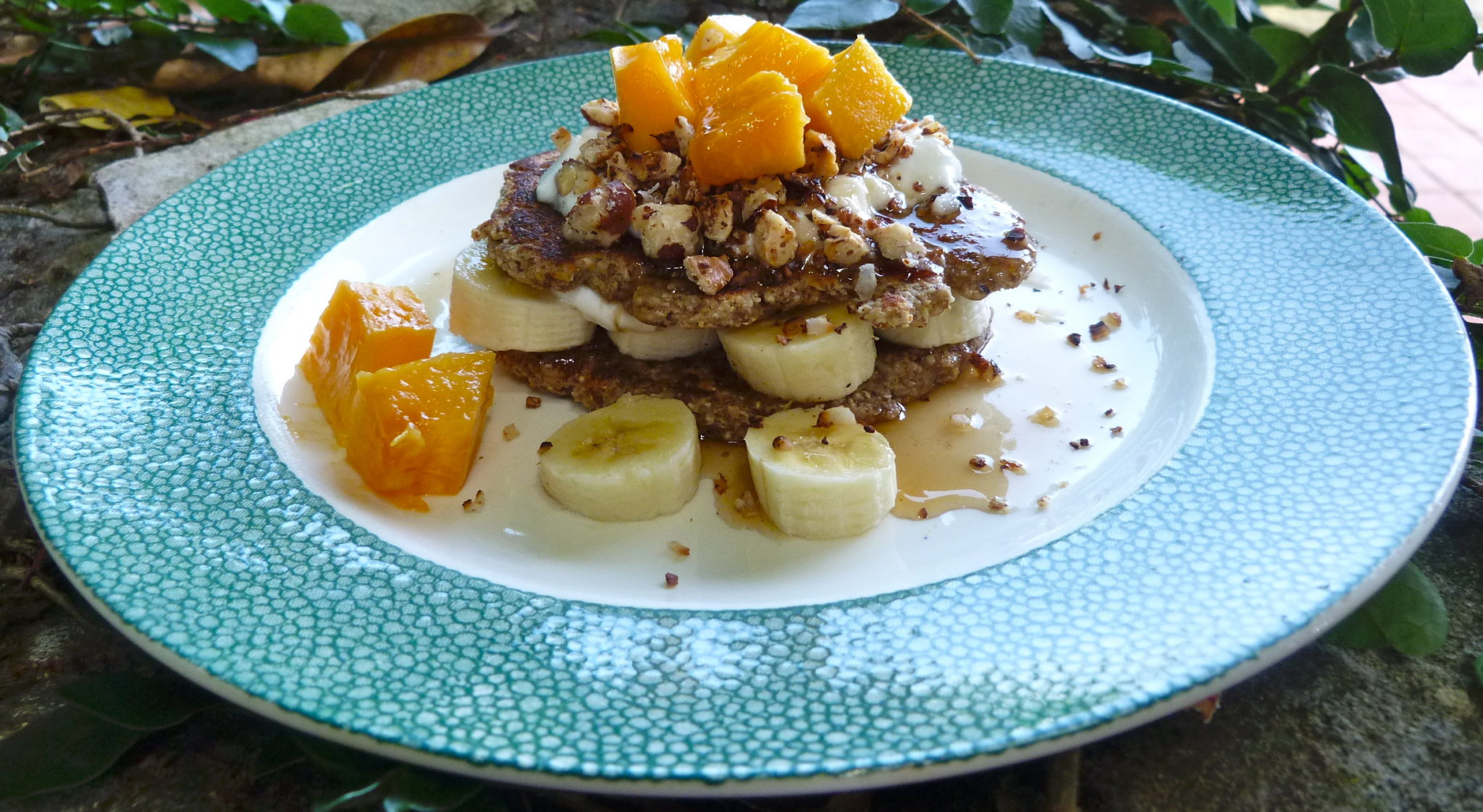 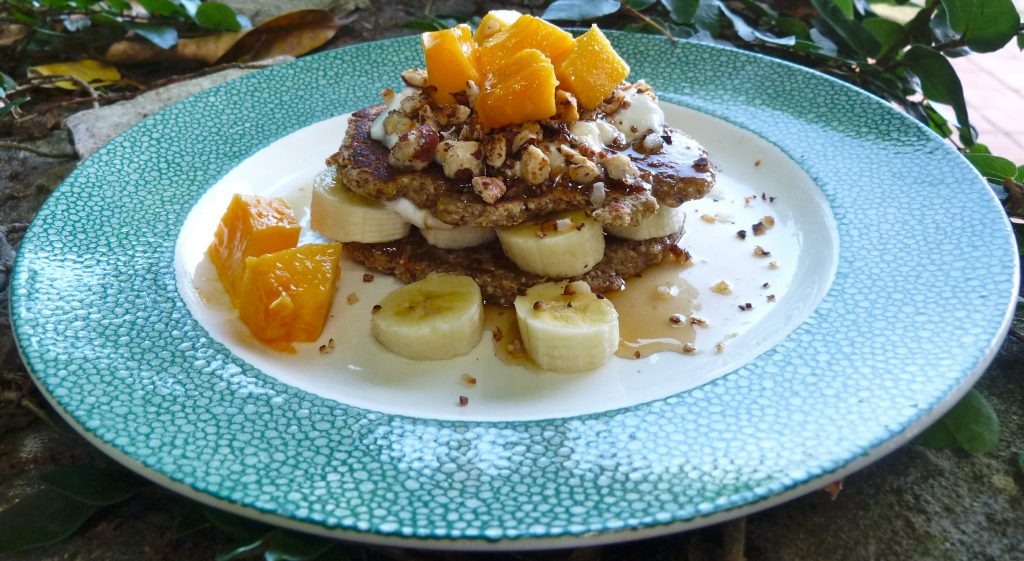 Guess it must be Sunday as I’m dreaming up new breakfast ideas. This one is a winner! It is deeply satisfying and although it feels deliciously decadent, it is full of good stuff. The pancakes are filled with the goodness of oats, almonds, flaxseed meal and bananas….that’s it! Less is more in this case. Keeping it simple really did make for a great result.

This plate originates from BG (Before Germaine) which is a time my husband Mark and I  jokingly refer to as the years before, when we were single and had separate “things” like kitchen equipment and plates. This one came from Joan Eade, Steve’s mum who is one of Mark’s oldest friends with whom he shared his first flat……hence the donation of the plate. I love it and wish there were more.

First blitz the oats, ground almonds and flaxseed meal together in the food processor until it is quite fine and uniform. Add the 2 bananas and pulse until the mixture has come together. Don’t panic as you may be wondering at this stage how you will be able to turn these into pancakes. It should be firm like a lump of plasticine almost.

The ground almonds I used here incidentally, came from my last batch of almond milk where I simply kept them after having extracted the “milk” You could do exactly the same thing when you next make coconut milk, and I think that is exactly what I will do next time I make these.

Heat your coconut oil in a large frying pan. My picture shows the cinnamon sprinkled on top the cooking pancakes, but I think it would be better to include in the dough. Divide your dough into 5 balls which should measure roughly 50g each. Wet your hands and flatten them to as good a disc shape as you can. As you place each one into the pan, flatten it some more using the back side of your spatula, which you have previously wiped in the heating oil. While they are cooking prepare your toppings.

I chose to use toasted mixed nuts, paw paw and yogurt because that is what I had in the fridge. I think the sliced bananas and maple syrup or some other natural liquid sweetener like honey or agave are important, but you could use whatever tickles your fancy. Blueberries and chopped walnuts would be a good mix for example.

If you are dairy intolerant, simply exclude the yogurt and maybe use coconut cream or nothing at all as it has a complex enough flavour to live without it.

Whatever you decide, do dare…..risk tipping on something your mind conjures up. Invent with impunity. 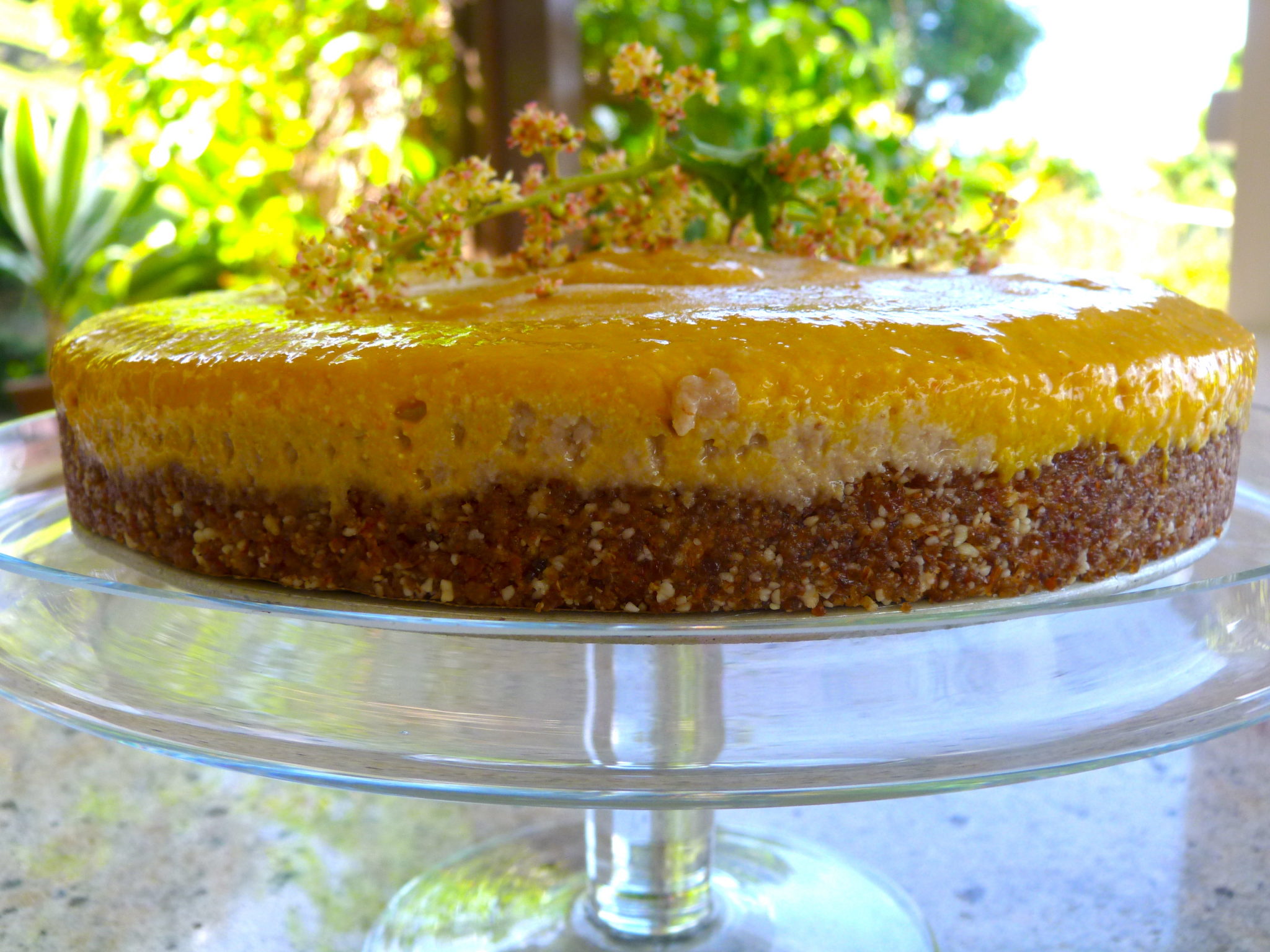 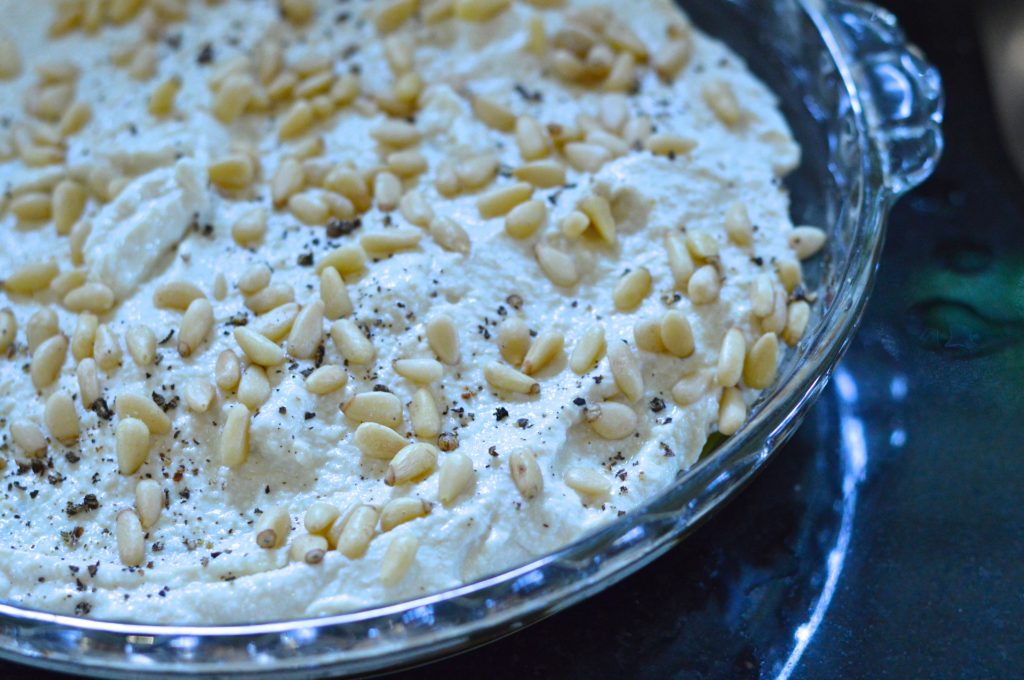 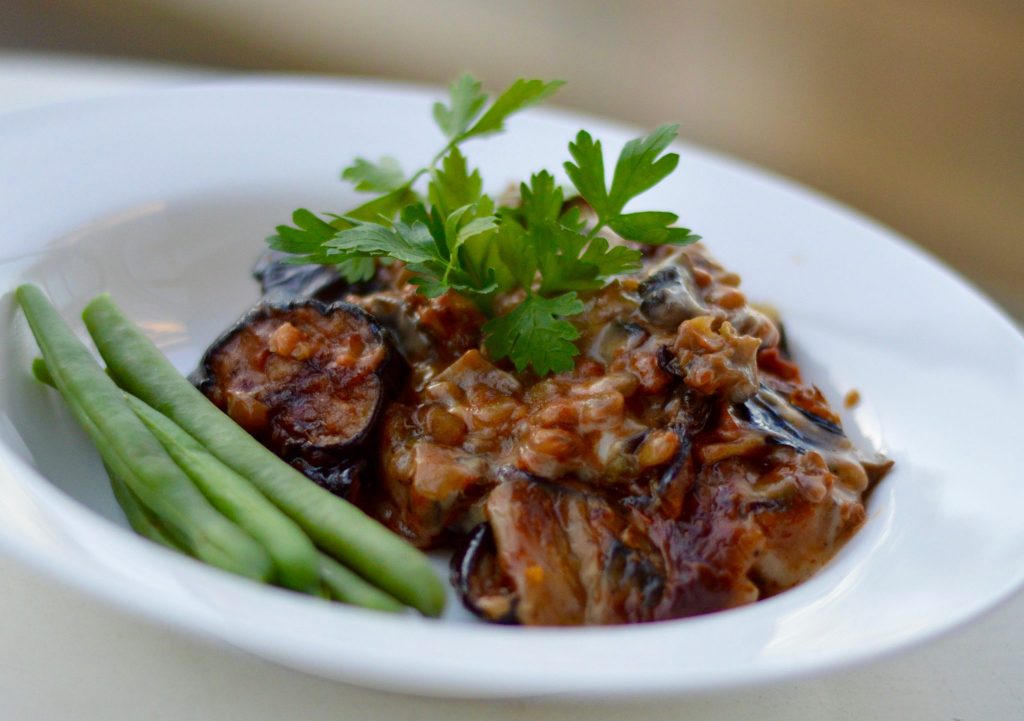