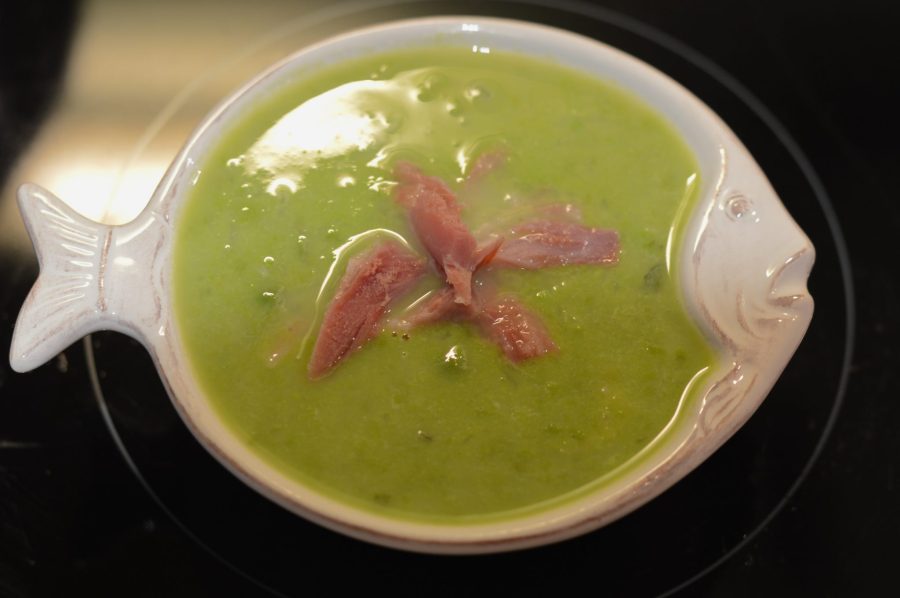 Declared by Louise and Kirsty as “the BEST soup ever eaten” in the Sun Temple household. Wow! What an accolade! This lovely green freshness is commonly made with split peas, and I will be reprising this pea and ham soup recipe, using them, once I get back to St. Lucia. I’m happy to report that the soup is really quick and easy to make. The only thing about it, is that you have to plan, as it takes 3 hours to cook the ham hock properly.

I need to give you a little background on how this came about as it is slightly outside of the normal Sun Temple path, in that the meat is salted and the peas are frozen. I chose not to put this recipe into Pagan Delights though as it is still largely unprocessed and good wholesome food. You have Sun Temple Sinner (aka my friend Emma) to blame anyway, as it was on a trip to her butcher that got me into this.

This is an old fashioned small butcher’s in my local London community, and the head butcher is a Welsh man who breaks into “oh I’m going to Barbados….mun” every time I walk in. He’s a flirt but boy does he know his stuff. Turns out a ham hock is a raw piece of salted/smoked pork knuckle, gammon is raw salted/smoked pork leg, and ham is the cooked version of either. Got it? 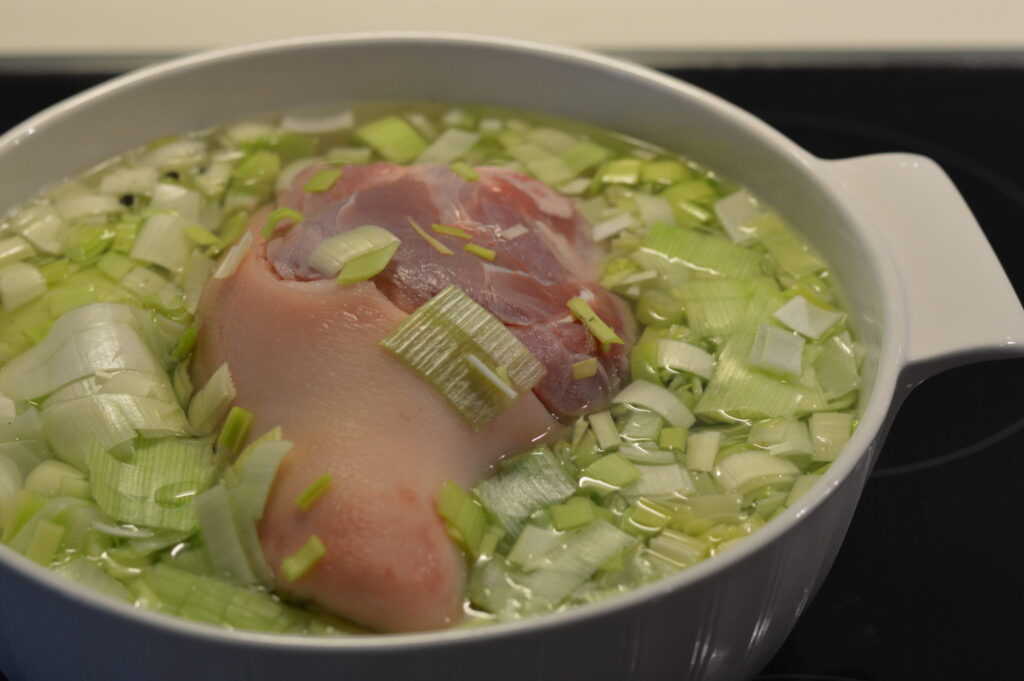 For the ham hock:

The ham hock needs 3 hours in a slow oven, so plan backwards from when you want to serve your winter warmer. I put mine in a large casserole dish with a well fitting lid, and placed all the ingredients listed above, around it. I then covered it with boiling water ( you need to allow space for quite a lot of water as this generic neurontin cost will be the important stock for your soup) and placed it in a very hot oven for 15 mins to heat it up and then turned it down to 130ºC (260ºF) and simply left it alone for 3 hours. If you are worried about your oven being temperamental, then yes please, do check that it isn’t drying out. If not, you can rest easy that it will all turn out alright.

After the 3 hours are up, make sure the meat is falling off the bone, and then leave it alone to cool down a bit for handling. 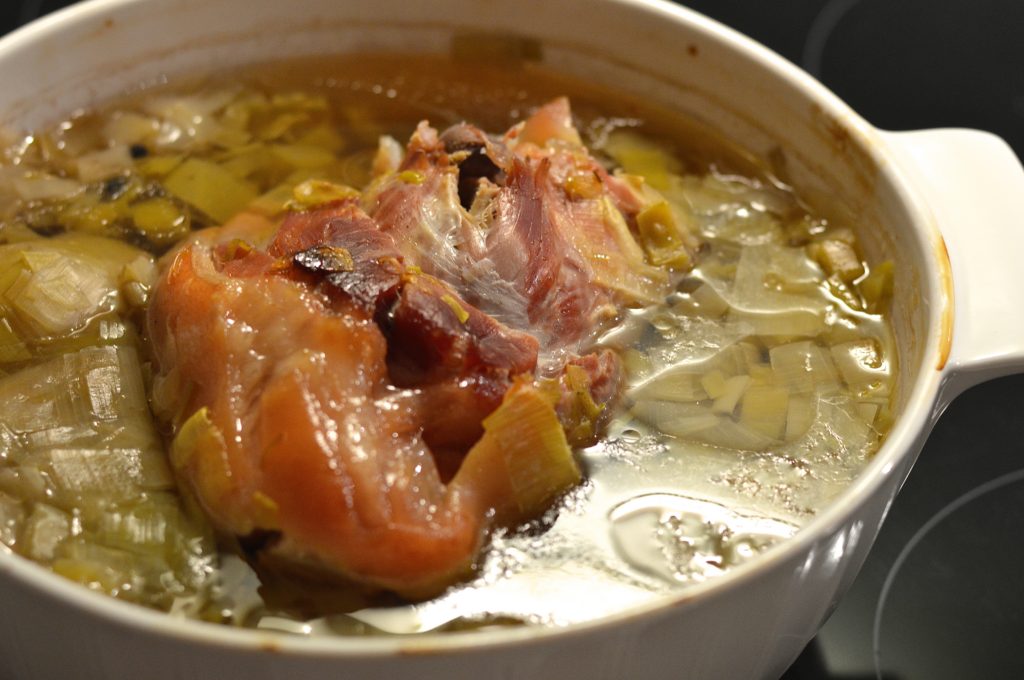 Once your ham hock is deliciously falling off the bone and shred-able, remove it from the stock, remove the fat and skin and deal with the meat with your best shredding technique. It should look like the photo below. You will have some left over for adding to salads or whatever you fancy. Strain the stock and discard the vegetables (a shame I know, but they have given their best now) 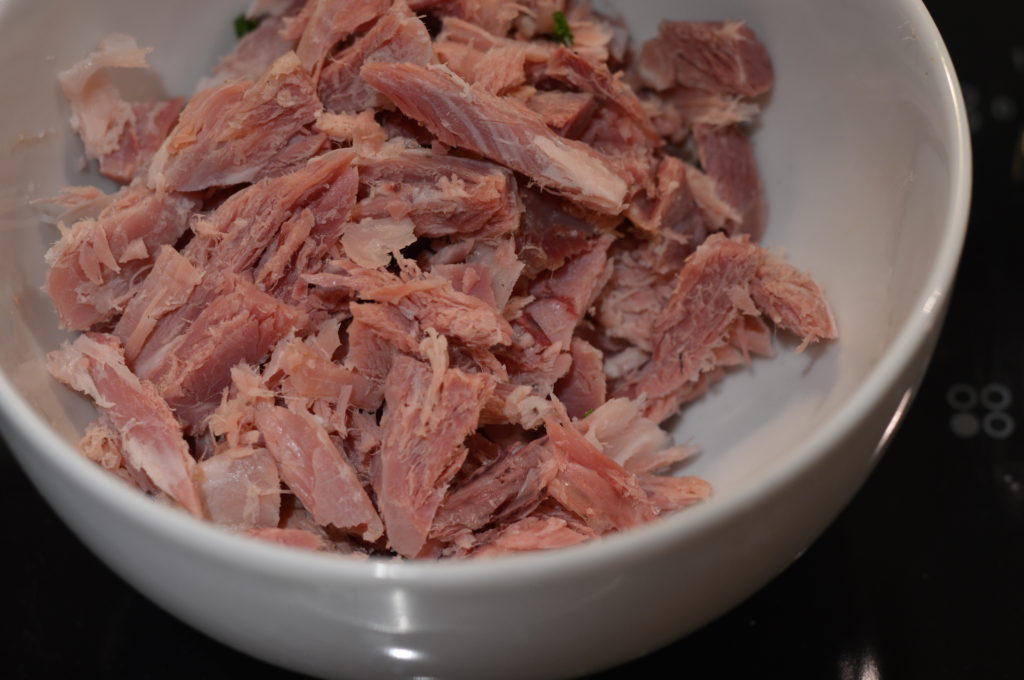 Let the peas defrost a bit. They don’t have to be fully softened, while you are dealing with the meat. Soften the shallots in the olive oil (or butter) and add the cinnamon and swooshle around for a few minutes. Add the peas and the mint and all the stock. 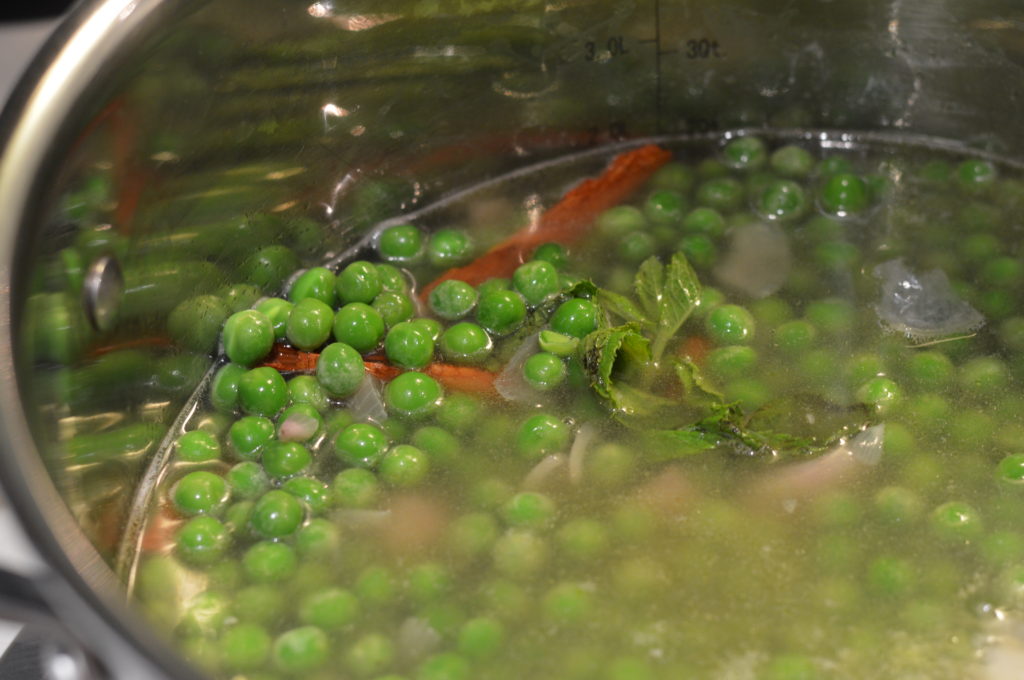 Cook until the peas are tender which shouldn’t be more than 10 minutes. Remove the cinnamon and discard, and a large ladle’s worth of whole peas and set aside. Blitz the soup until it is quite smooth. I use a wand blender, which saves on washing up. If you want a richer, creamier experience (and it really does crank up that volume) then add the creme fraîche and stir well. Return the whole peas to the pot. 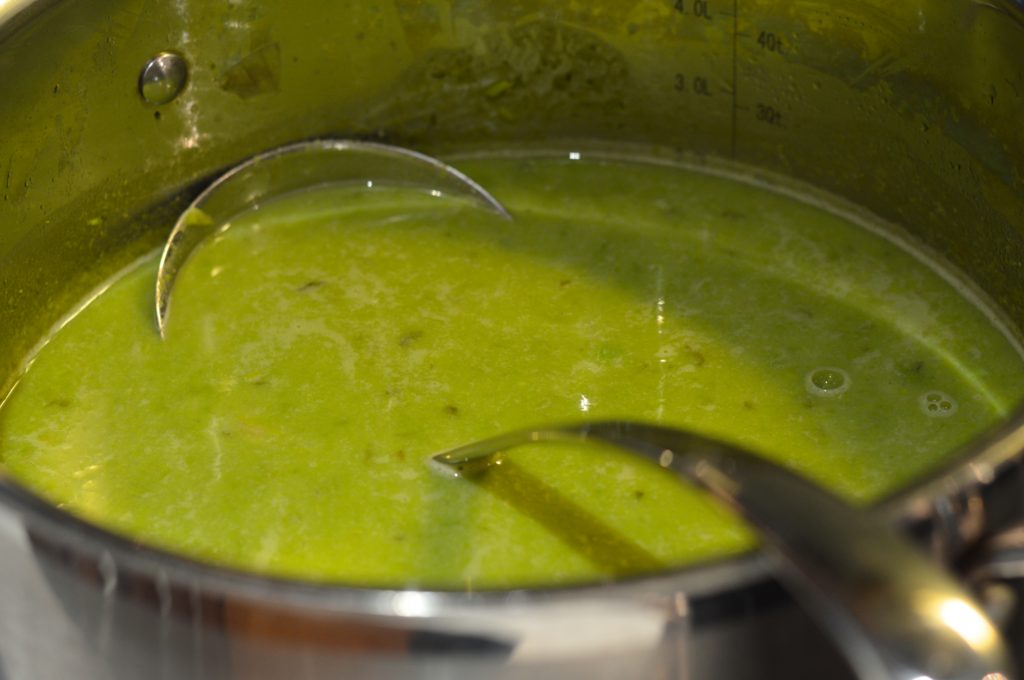 To serve, dish up into bowls and share the succulent ham by sprinkling it on the top. If you are feeling “artsy” then add a mint leaf or two for garnish. Serve hot.

Following on from this is you liked this soup recipe, take a look at our other healthy dinner dishes here. 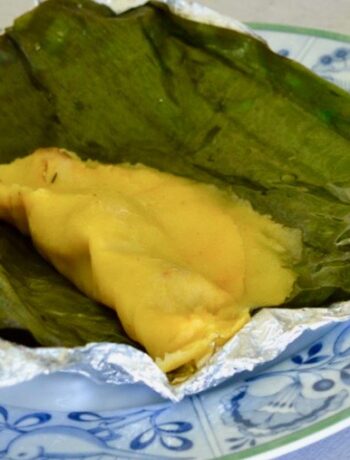 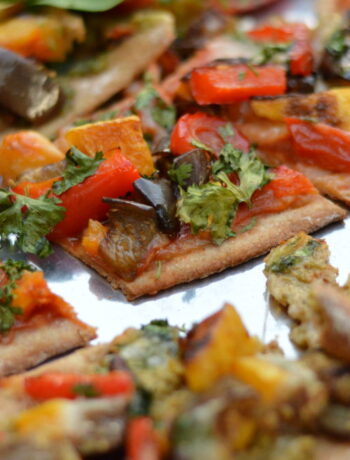 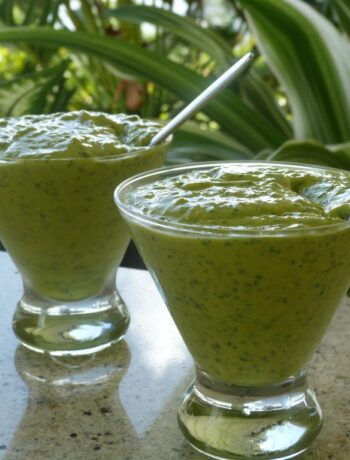