Into the mix… with a Sage Scraper Mixer Pro 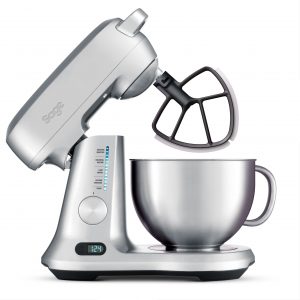 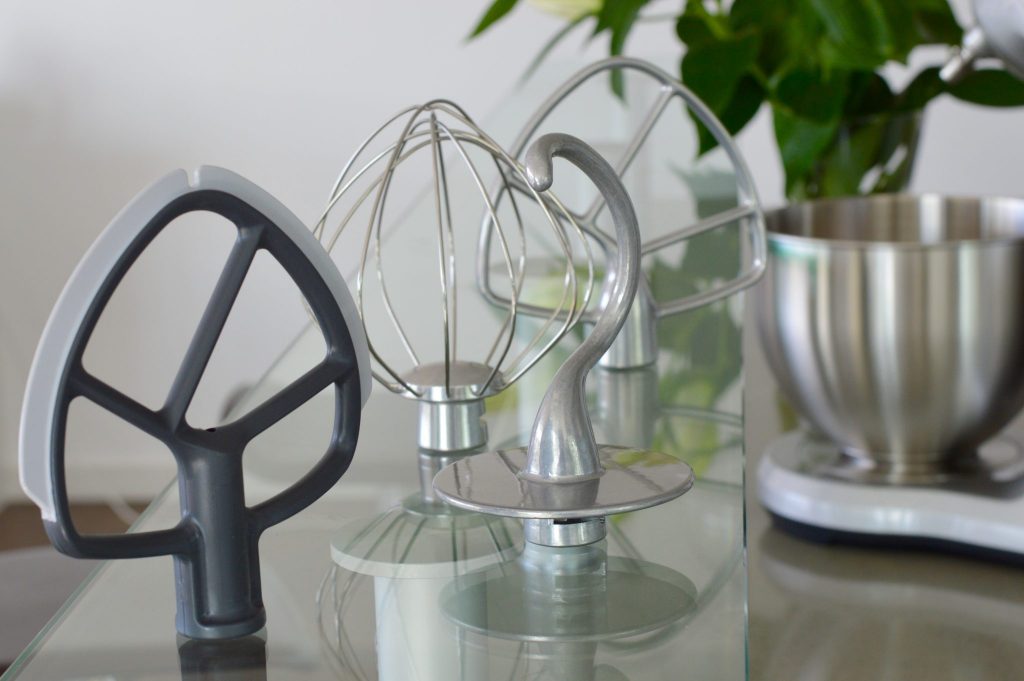 Let me say straight off the bat…..I LOVE THIS MACHINE!!!! The weird thing is, I have often said I don’t really see the point of a free standing mixer and I have never understood all the hype over the one which originated in the States and is considered to be the “bees knees.” Pah!!! This baby knocks them and all their colours right off the table.

There is nothing about it I don’t like. It has a pleasing heft and solidity to it for starters and is a good looking beast. I have used all the mixer heads with relish and am a bubbling, enthusiastic, wanna bake some more, groupie. 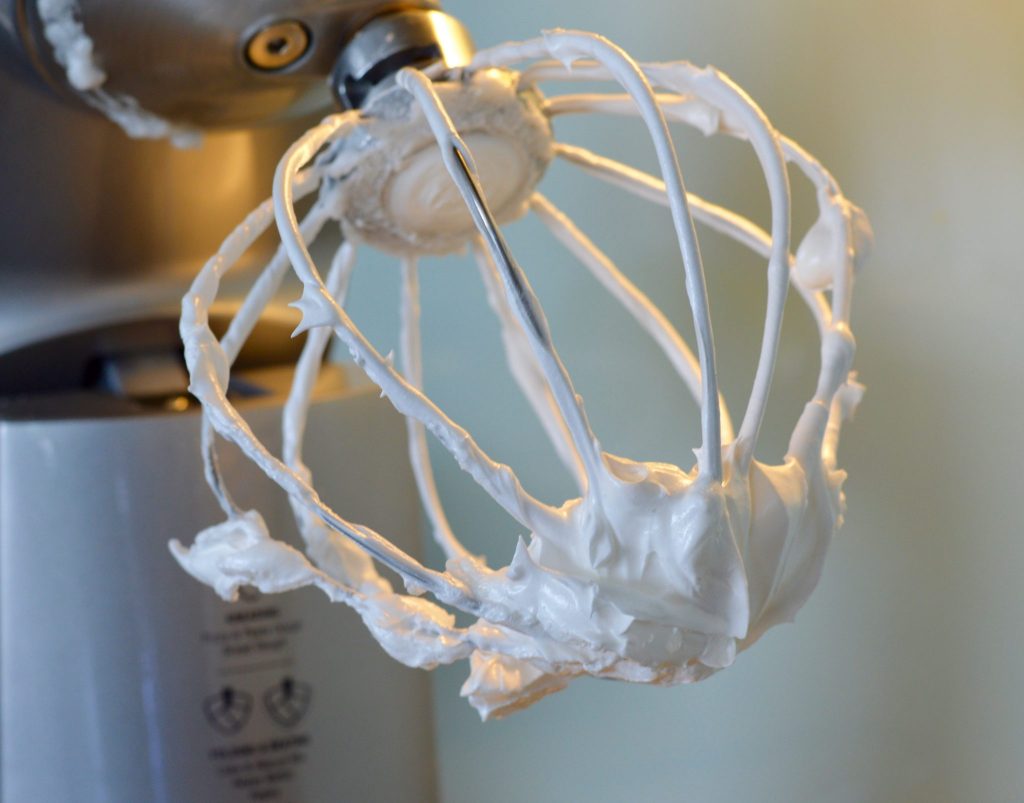 I have been using a hand held mixer for years thinking I’m so groovy achieving great things with my meringues or whipping eggs whites and cream for other uses. NOT! This whisking head is amazing. The first thing I tried was the pistachio meringues you see below. The other whisking of note was the cream wrapped into the lovely chocolate roulade you see below. Fortunately we had a house full at the time I made that or most of it would have disappeared into my mouth for research purposes. 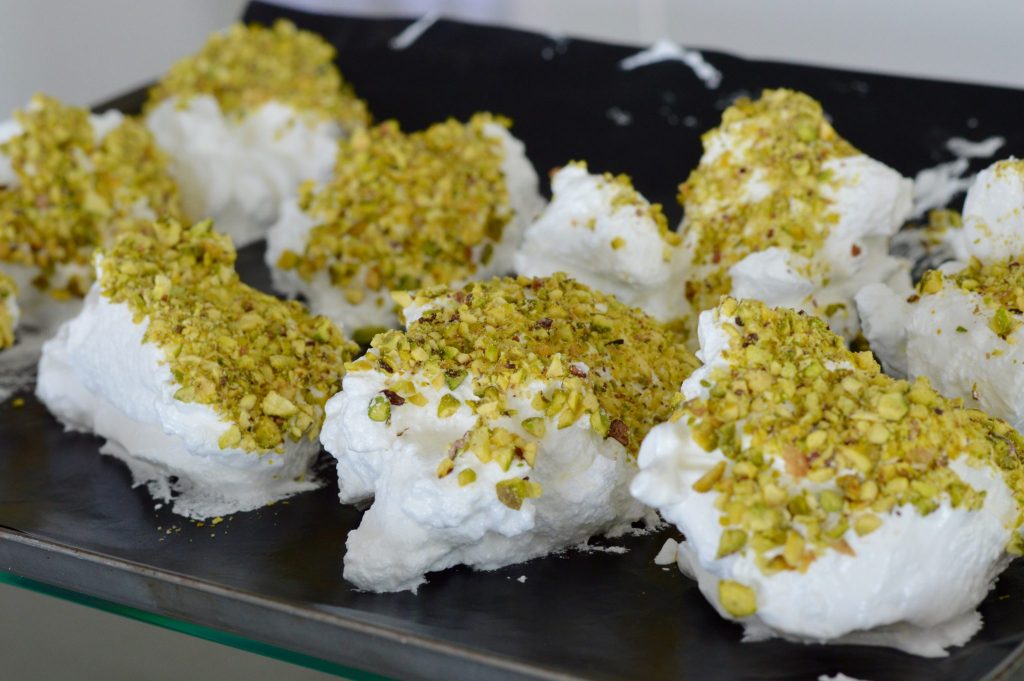 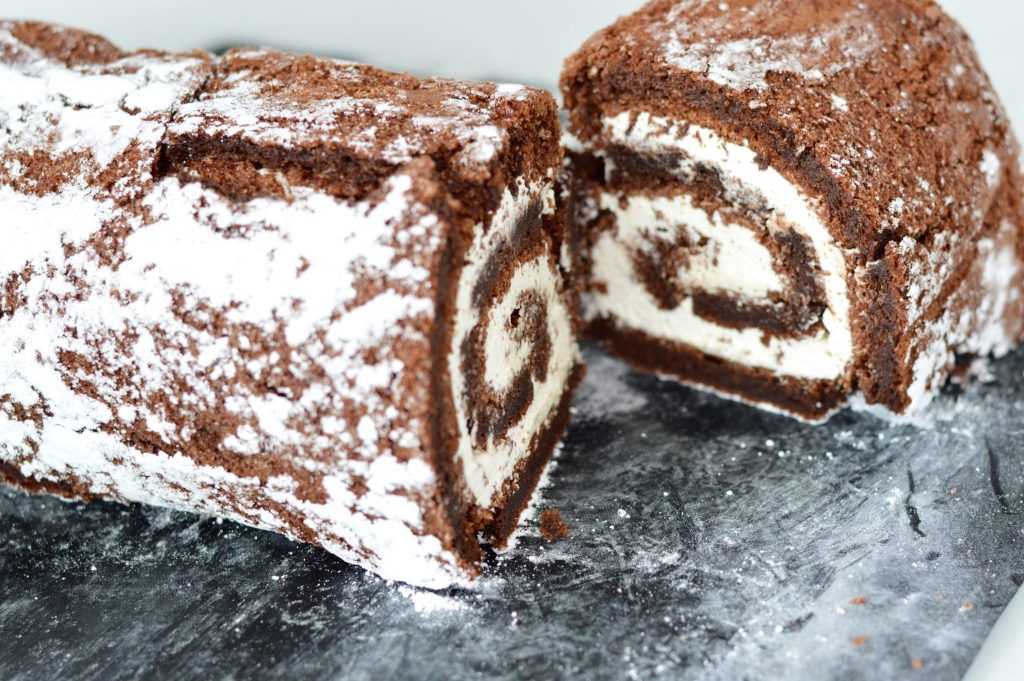 Louise’s boyfriend Alex is a baker. He was visiting as it was the weekend of Kirsty’s 21st birthday celebration. All the Trini family came over for dinner the night after the party and Alex and I made dessert to “sweeten” the take away we all shared. 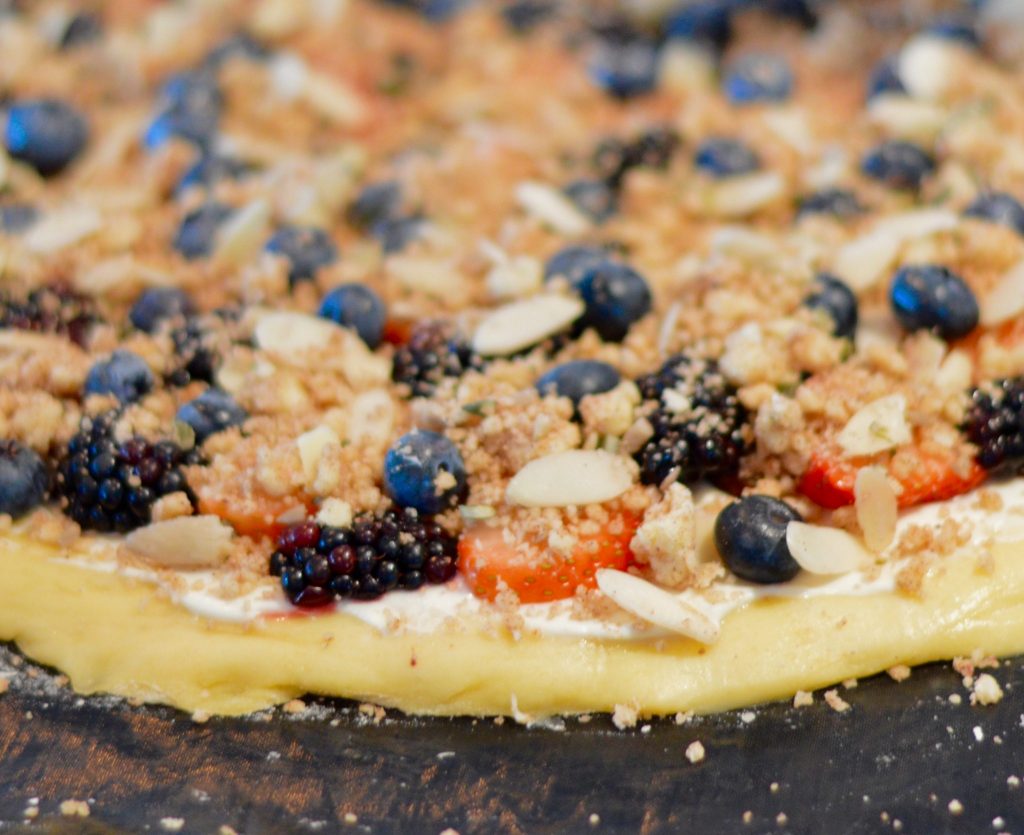 The Brioche galette in the photo above (made by Alex) was made considerably easier because he used the dough hook and my roulade was a “piece of cake” (tee hee) as I used the attachment of the perspex guard which fits around the bowl to stop what you are mixing rising into the air and settling on all kitchen surfaces. We agreed with a mighty high five that this machine is a keeper. 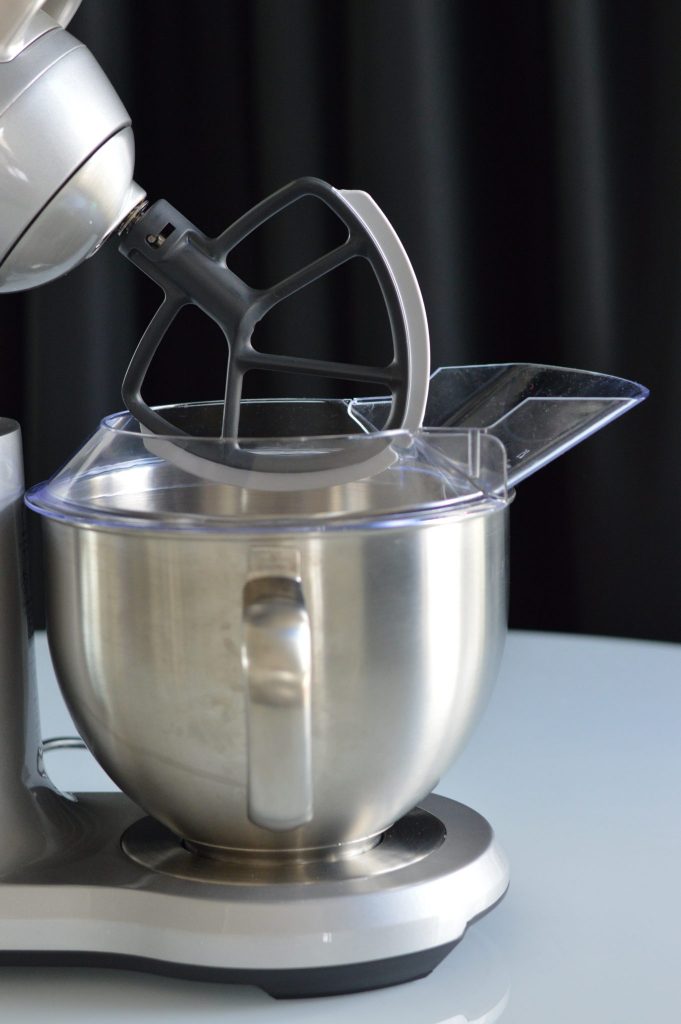 I have owned a bread machine for as long as Kirsty has been alive…..21 years! Would you believe I am prepared to pension it in favour of this machine and its dough hook?

Wait. Wait. Before I tell you about that, I have to talk about the mixing bowl. The design is such that it peaks up in the bottom to mirror the shape of the scraper beater, so there is no need for stopping half way during mixing to make sure all the ingredients are incorporated. However, with the other heads the overall design is so good that there is very little residue whatever you mix. See the dough hook and the resulting dough below? 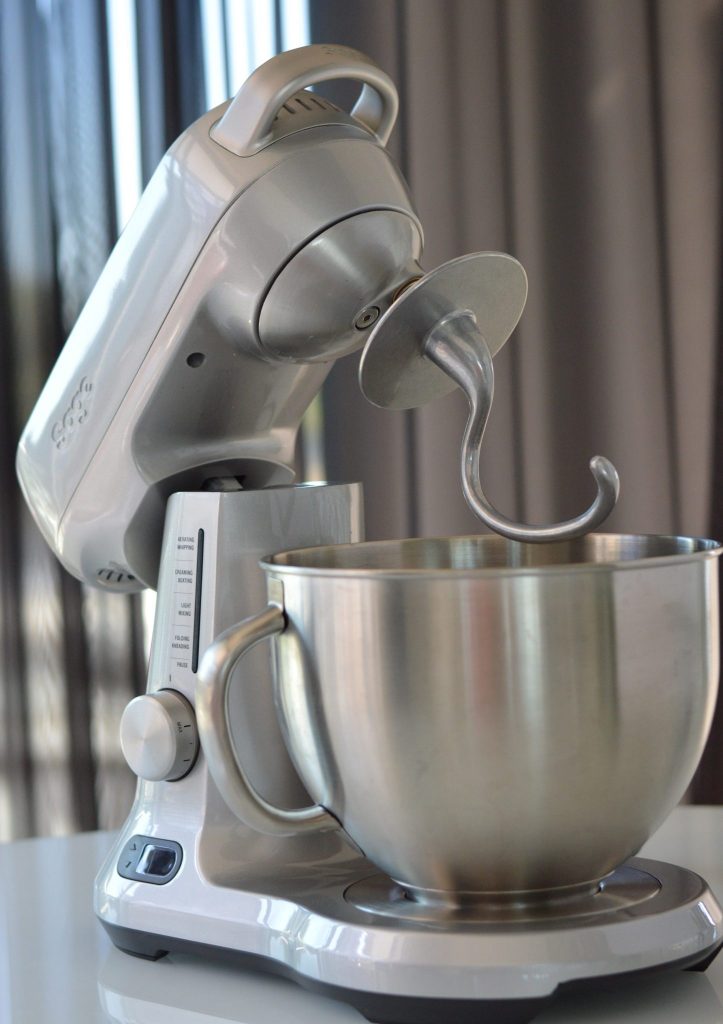 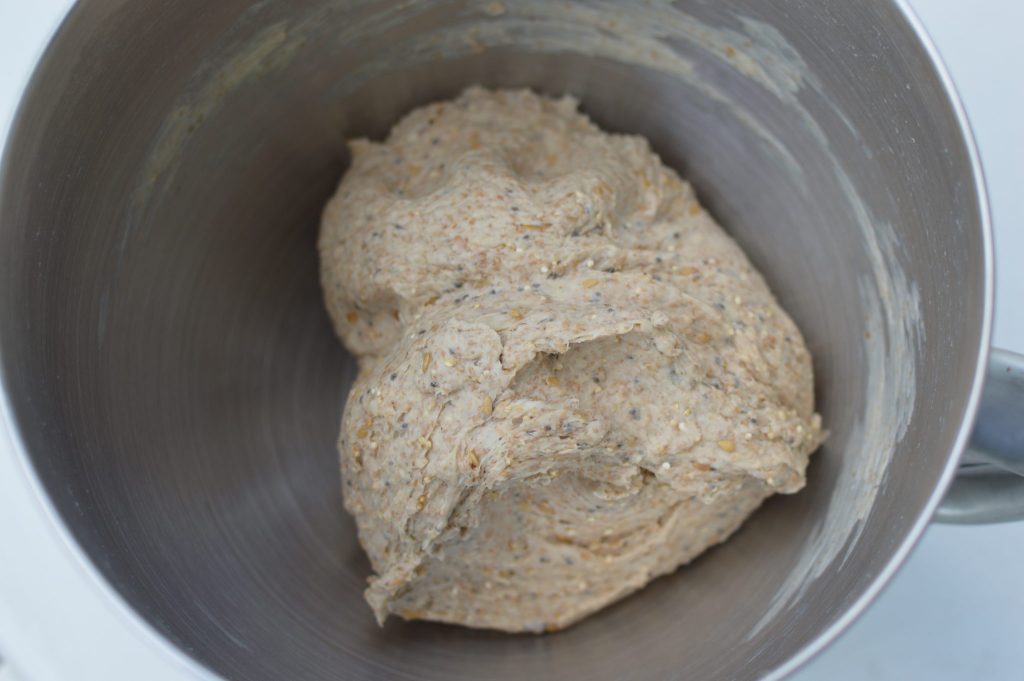 Back to the bread. Lets be honest. The only slightly problematic part of making bread is the kneading process. Once its kneaded, all that’s left is to shape and rise and bake, thereby doing away with a large box like machine (the bread machine) that takes up valuable cupboard space. Also, a bread machine cannot make brioche dough for a galette quite so easily….just sayin’ 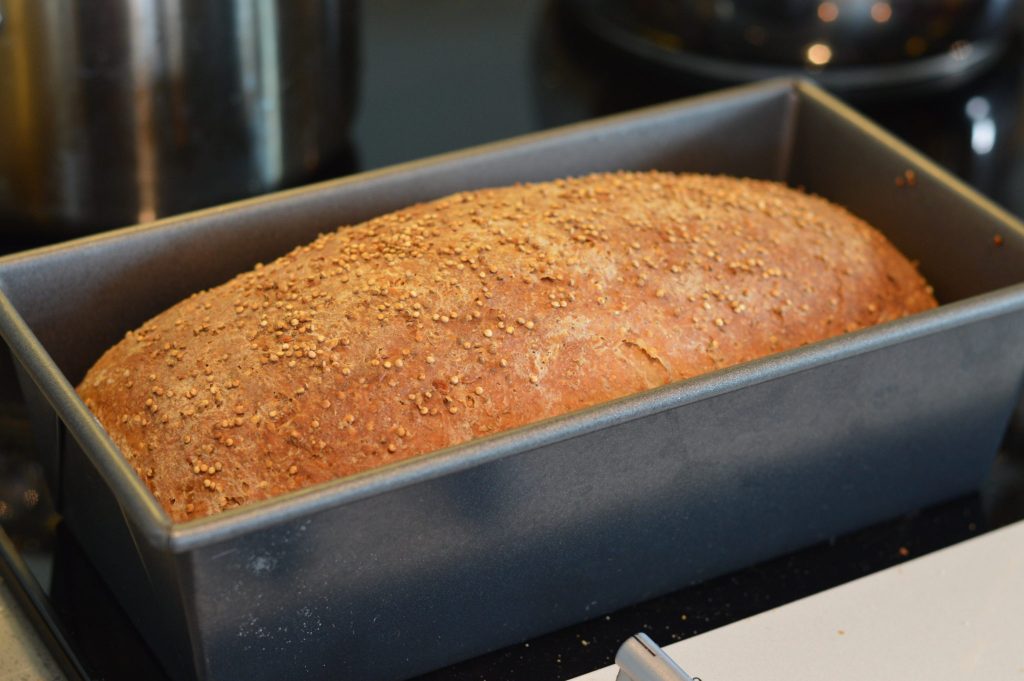 In addition to the photos I have shared here, I have also made Banana and Pecan muffins and an Apple and Olive oil cake. For the final mixing of these, I used the head without the scraper blade as I wanted to gently mix and didn’t need any aeration of my dough.

I’ve given you a picture of the operating information on the side because it incorporates a few very good features. Telling you what the action is rather than just giving you a number is an inspiration; measuring the time is really good as recipes often state something like “beat for 4 to 5 minutes using an electric mixer” Well hey. This makes it a no brainer. 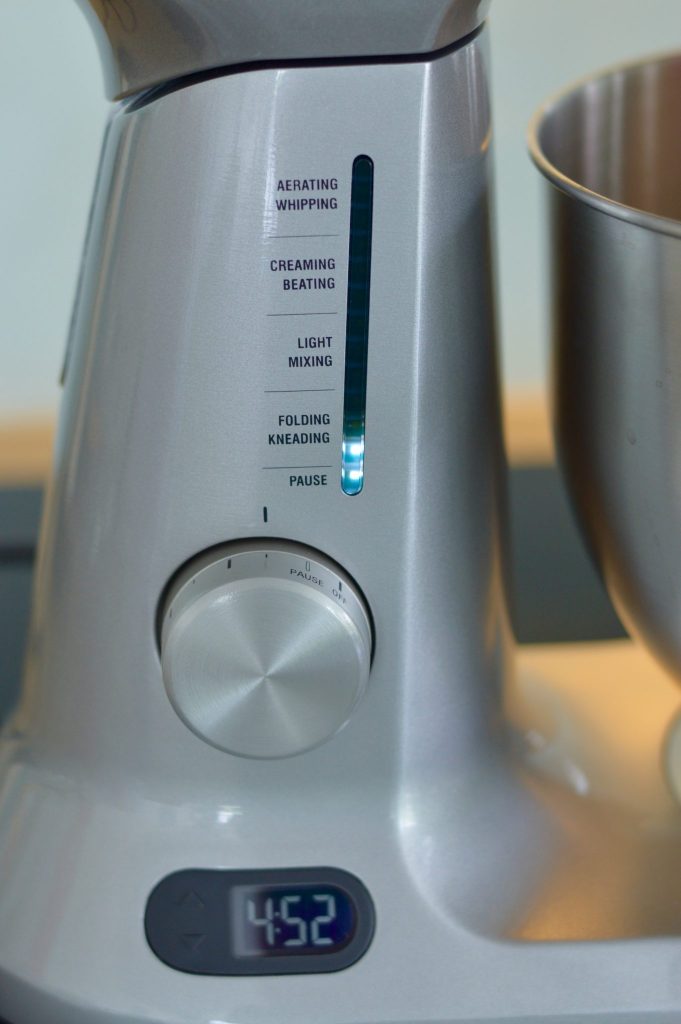 See the little handy hold in the photo below? They even thought of that…It means that when you pick up the Scraper Mixer Pro from its pride of place in the cupboard, you can easily slide your hands under both front and back to have a comfortable place to lift from. 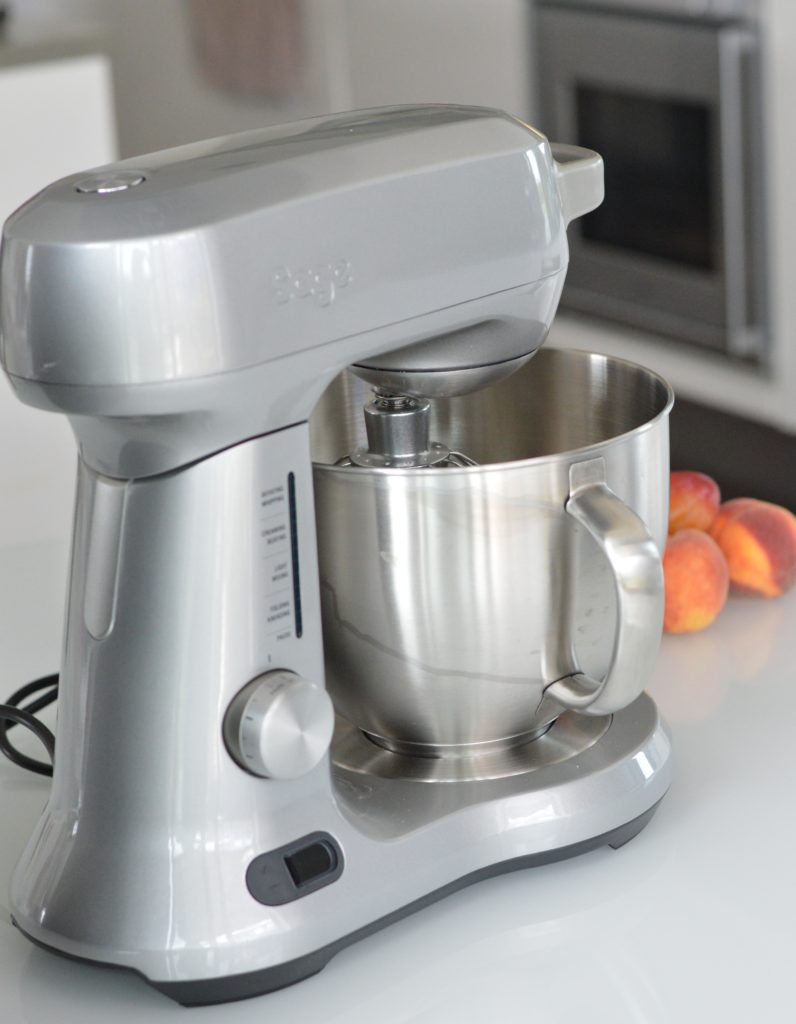 I love the understated beauty of the Sage Scraper Mixer Pro, but most of all its functionality across all its features is something that makes my heart sing.

Win your very own…

Wait there’s, more. We have teamed up with Sage by Heston Blumenthal and they’re offering one lucky (very lucky!!) Sun Temple reader the chance to win their very own brand new Sage Scraper Mixer Pro (worth £299.95!) Click here for steps on how to enter > 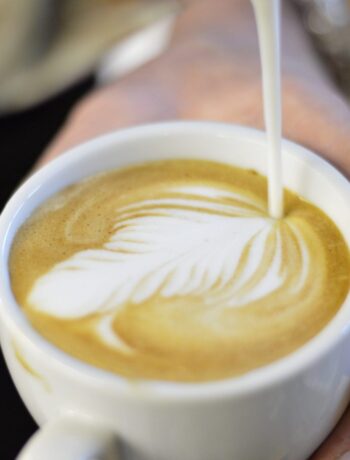