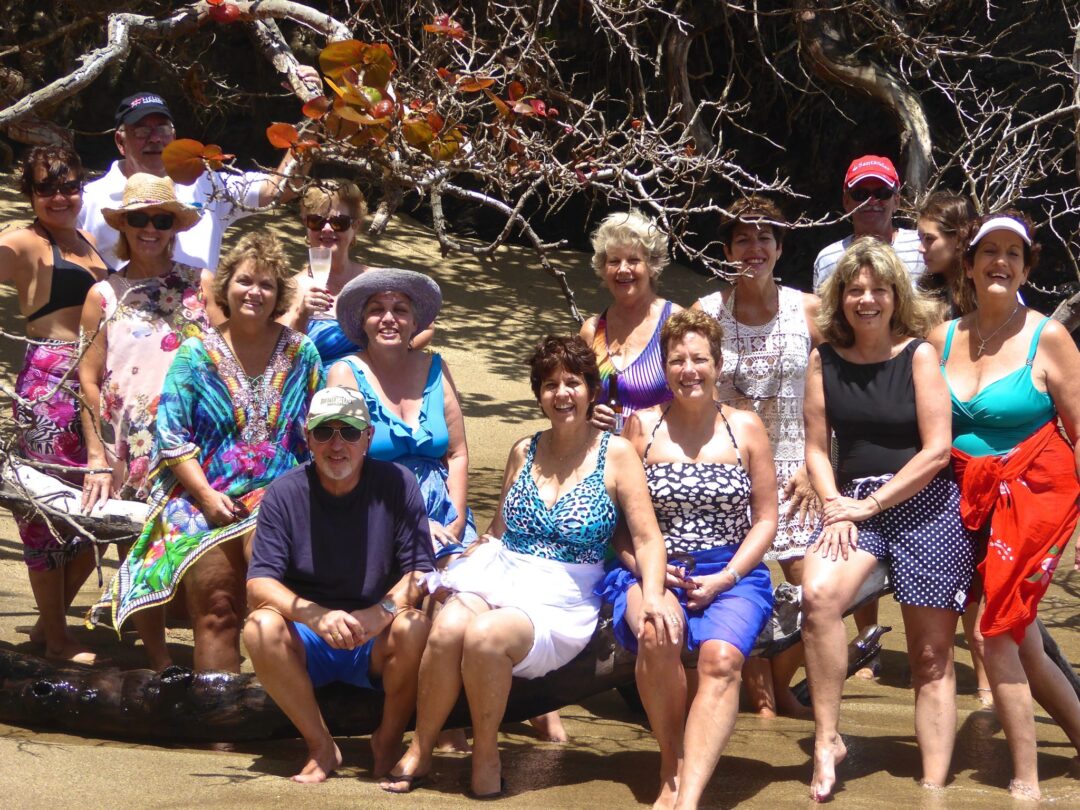 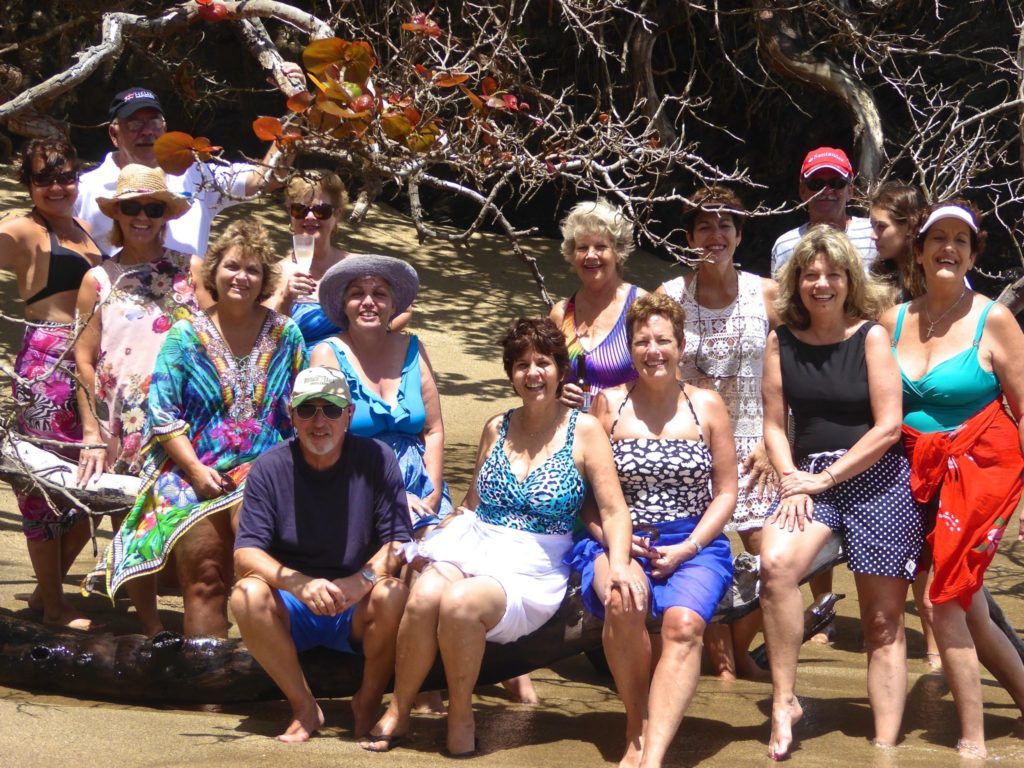 My maternal grandfather Pierre (Peter) Ange Rostant was a very interesting man. He was born in Trinidad in 1891 and lived for nearly 80 years. During that time, he became a surgeon, married 3 times, had 9 children, crossed the Atlantic 3 times, served in the battle of the Somme as a medic, was key to the establishment of the San Fernando general hospital in Trinidad, set up the amateur dramatic society, is related to the author of Cyrano de Bergerac ……..I could go on, but this time I want to concentrate on my cousins and the fact that we now try to re-unite as often as we can. He’s important because he is a single point that we share.

Peter married France deLabastide and they had 7 children. She died giving birth at the ripe old age of 33 to the last, my aunt Antoinette. He married her older sister Claire a short time after and they had identical twin girls together, my mother Marie Anne and her sister Rose Marie. Altogether this mob of their children, produced a great many grandchildren (38) for Pierre Ange. The photo above shows some of his progeny at a recent re-union.

We gathered in the North Eastern corner of Trinidad in a place called Balandra and the photo below shows the beach. The house was capable of sleeping around 25 people and seemed to go on and on. It was comfortable but by no means luxurious. Sort of glamorous camping. 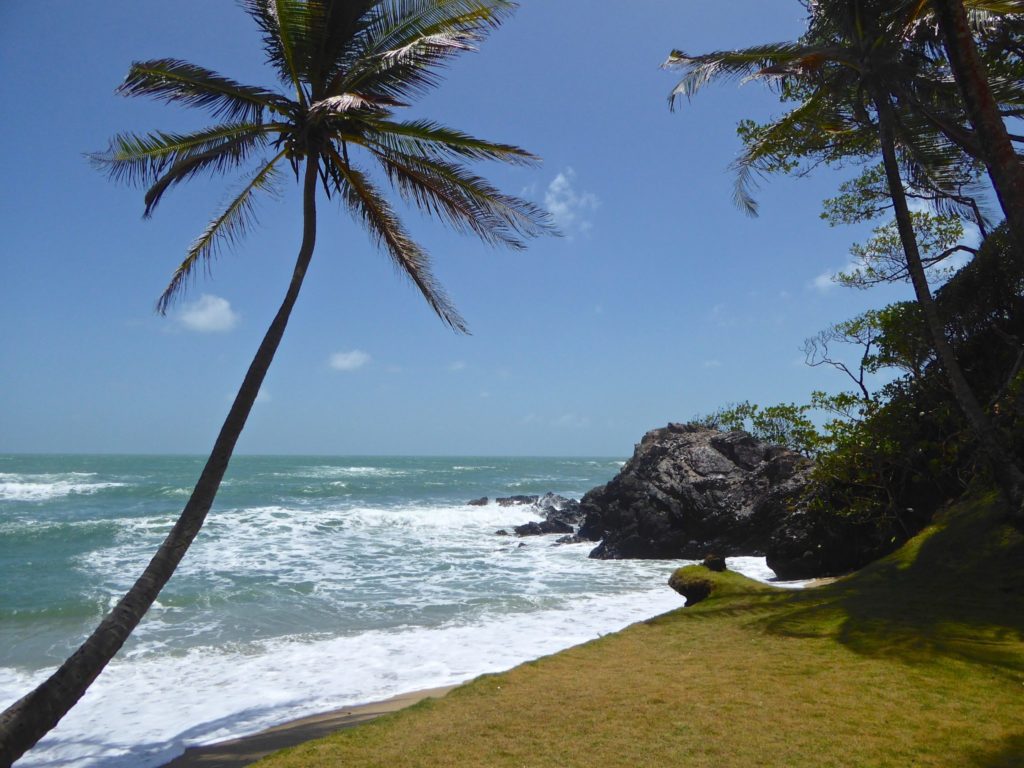 Just behind the beach was this lagoon, which did have a kayak bobbing about, but I’m not sure how far it went or where to. 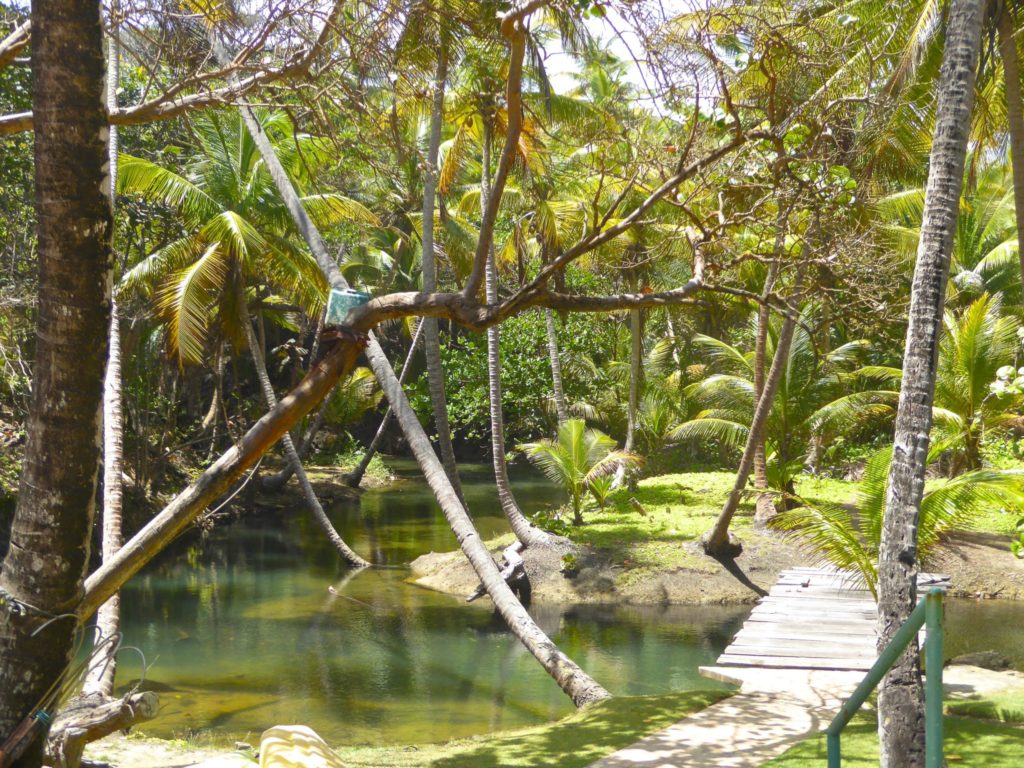 This little hut situated at the top of a stoney rise became the spot for Colleen (my “bess” cousin, seen below) and me  to meditate twice a day. Colleen and I are 12 days apart in age and our mothers are identical twins. We share a great deal of history and experience, and now that our children are grown and life is less frenetic, we choose to spend time together again. Colleen introduced me to meditation about a year ago and recently Mark and I went off and did a “course” to become a bit more adept at it. Love it. Highly generic neurontin settlement recommend it. 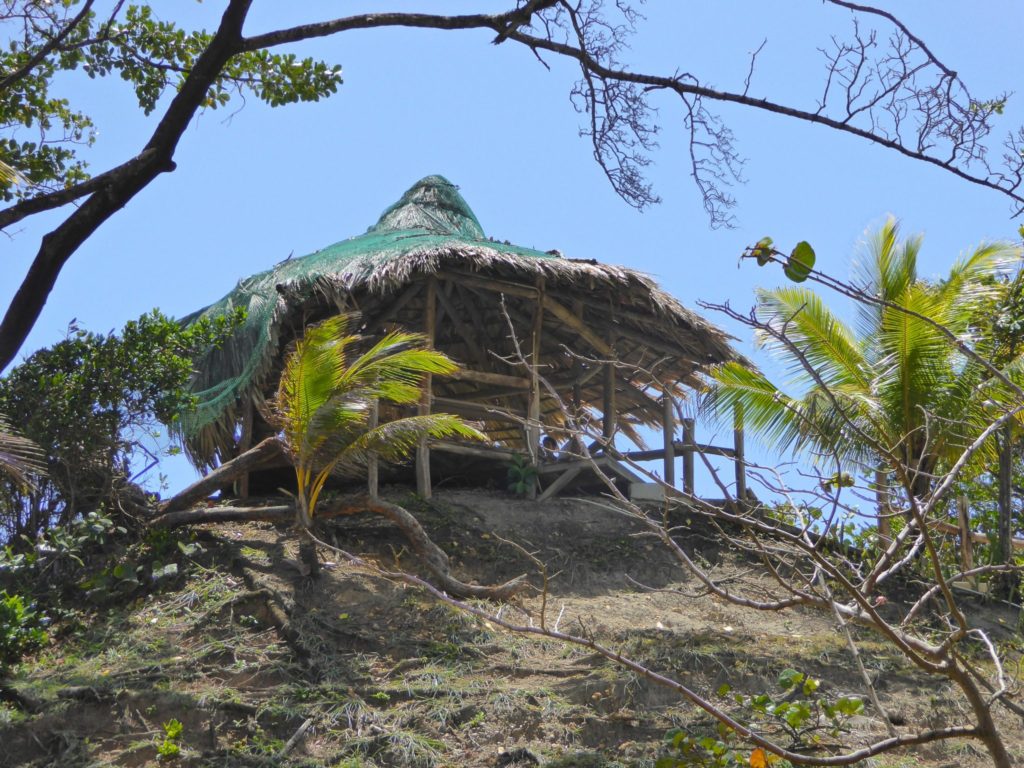 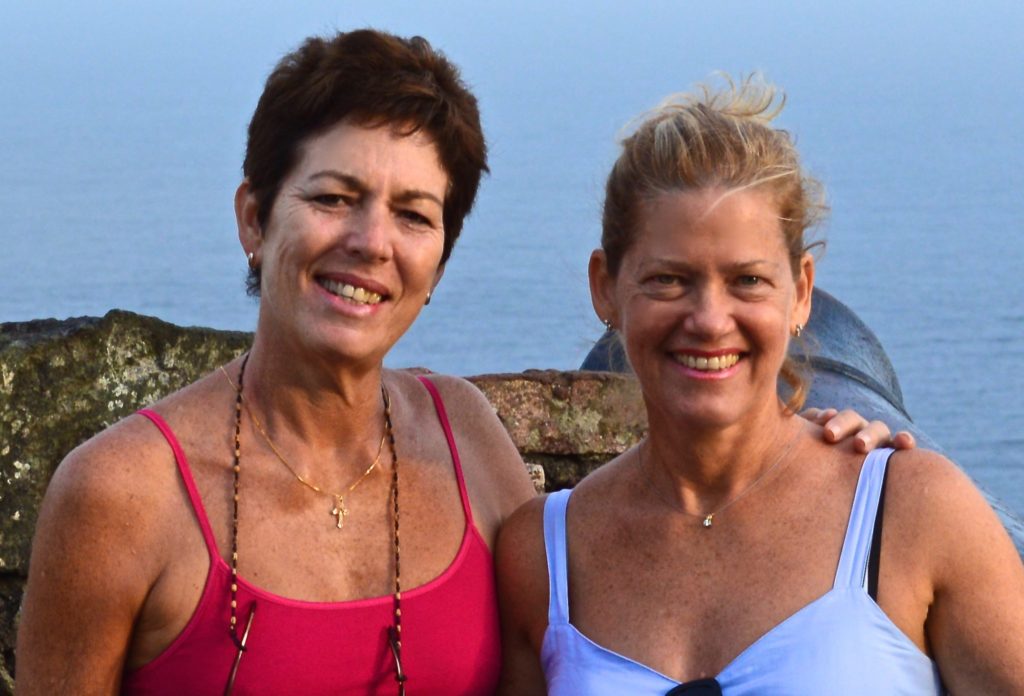 The first night we were together, it was only the girl cousins. This type of gathering was the brain child of my sweet cousin Jacqueline and she and the other Trinidad based girls organised this and the first re-union 3 years ago. Because I fly in from St. Lucia I am not expected to provide food but they all do, and each meal is a lavish feast (definitely all Pagan!) which sparks much discussion, debate and comparison. “Chile this is how I cook my stew chicken…..That’s how you make bakes?…..I doh really like pepper so much…..I’m not really a pawpaw person….. You just mush everything together and put it in the fridge…..chile give me that recipe nuh” Breakfast is not before 9:30 am, dips and nibbles start about midday, tea with sweet treats is about 5 pm and dinner not before 9 pm. Cocktails on the beach start by midday and there is only a short reprieve to top up on caffeine at teatime, only to resume the cocktails early evening. All this eating and drinking seriously loosens the tongues and many family secrets are revealed. “ What??!! I didn’t know THAT!” is a frequent refrain.  That first night Caro and Annette conscripted others for a performance complete with costumes. It was very vaudeville-ian and hilarious. We laughed ’til our sides split. I was in a pitch of nerves as I was told I had to come up with an act to perform with Colleen and Roslyn. The best we mustered was to warm up the crowd before the main show with an uproarious rendition of “All About That bass’ which you might remember was my theme tune for the Tri last year.

The next day husbands and boy cousins were allowed. You can see some of us sitting together near the beach in the next photo. 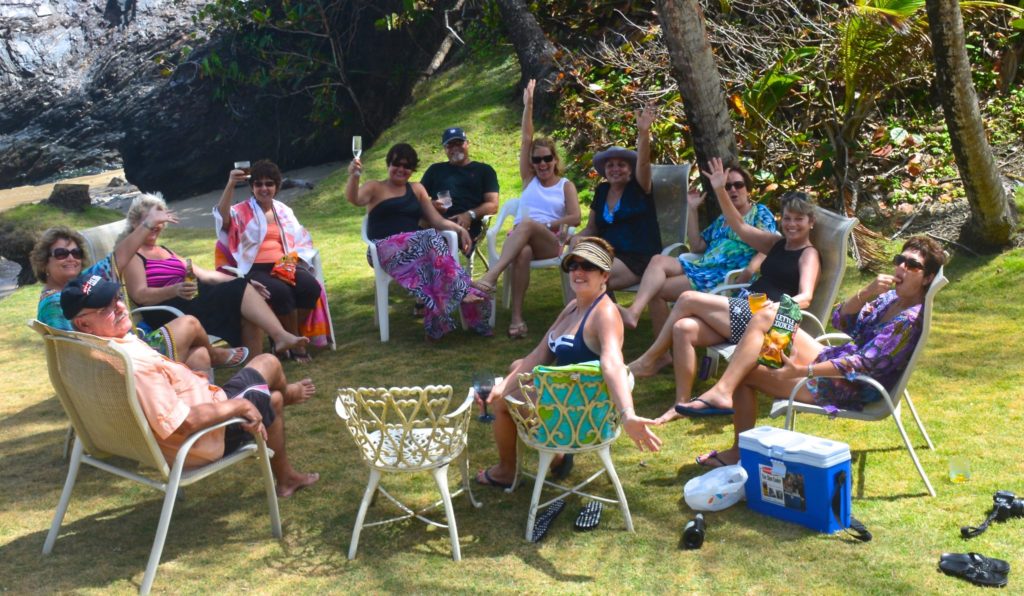 Here I am sitting between Marguerite who lives in Trinidad and Claudette who lives in North Carolina. They are all huge supporters of Sun Temple and spending time with these ladies fills the heart and gives you a sound idea of where you fit in the world. 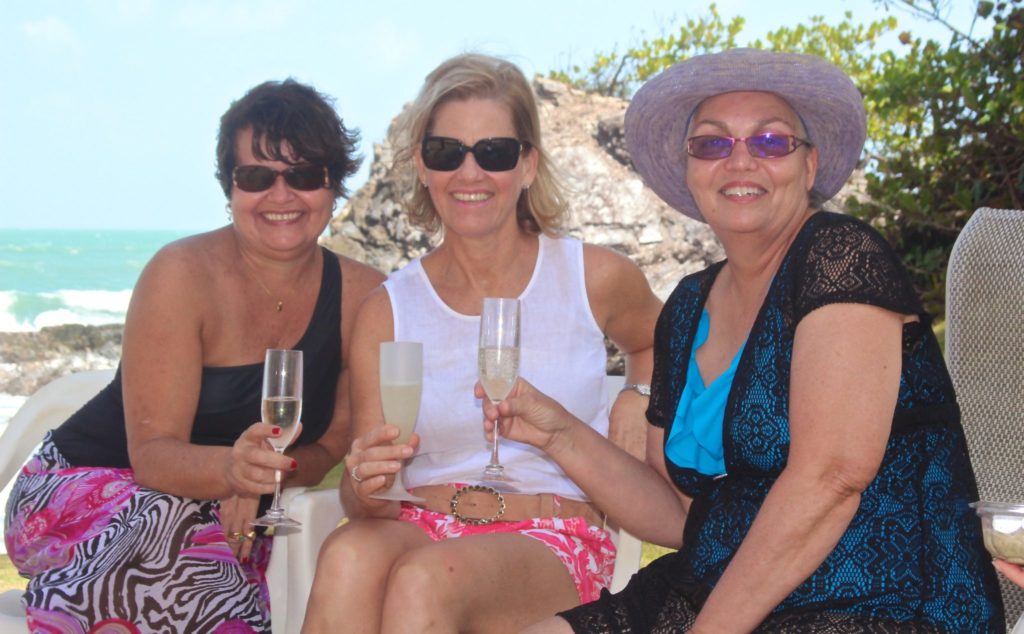 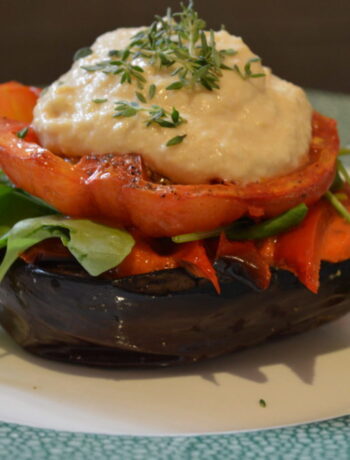 The Healthy Meal Plan – A healthy dinner & how to plan for it.. 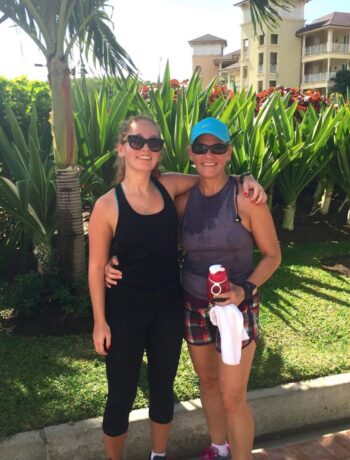 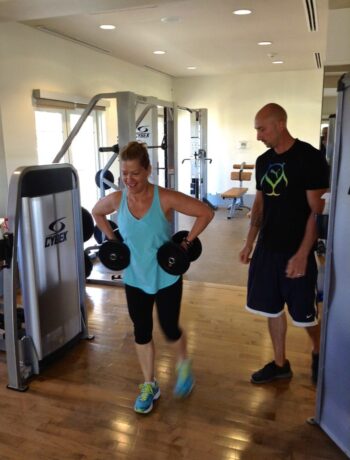